KIEV, March 31 (Xinhua) -- The national exit poll showed on Sunday that Ukrainian actor Volodymyr Zelensky and incumbent President Petro Poroshenko gained the largest number of votes in the first round of the country's presidential election and make it to the run-off, the Ukrainian government-run Ukrinform news agency said. 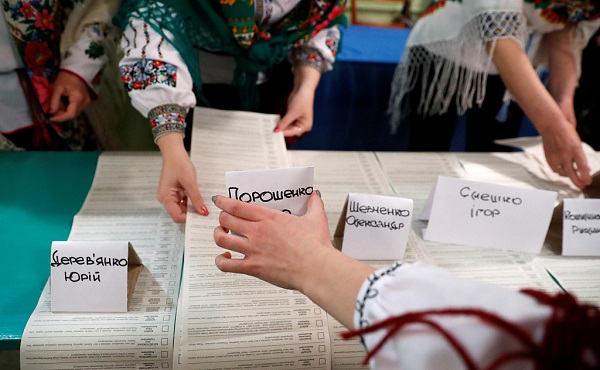