The party of Ukrainian President Volodymyr Zelensky won an absolute majority in parliamentary elections, according to media projections Monday, with a record vote share. 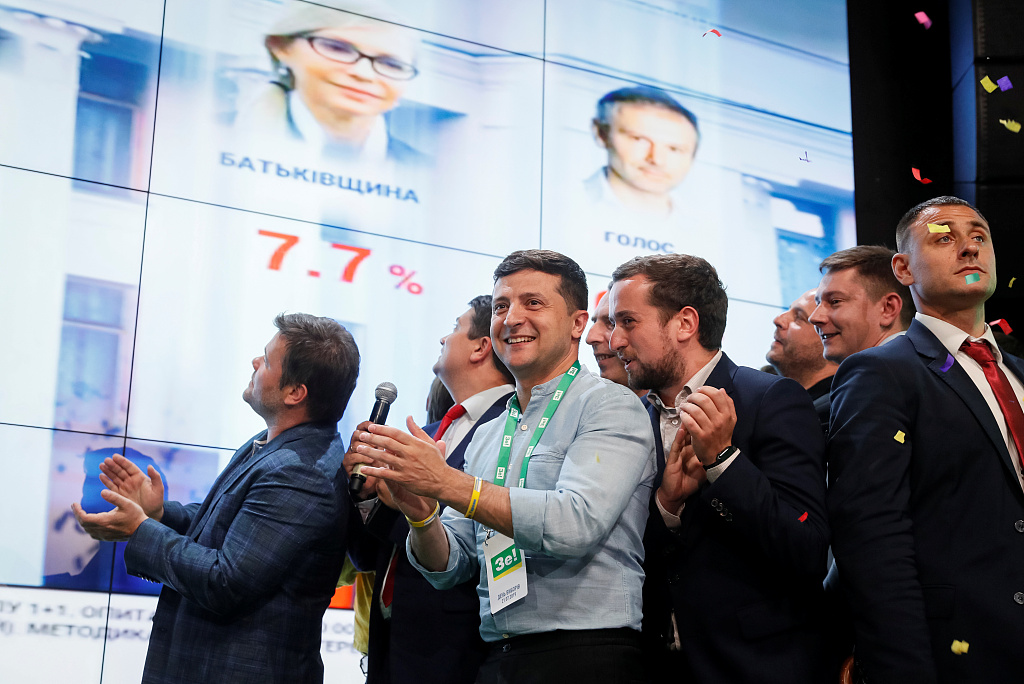 The comedian-turned-president's Servant of the People party was set to take more than half the places in Ukraine's 450-seat parliament, according to projections with 44 percent of the vote counted.