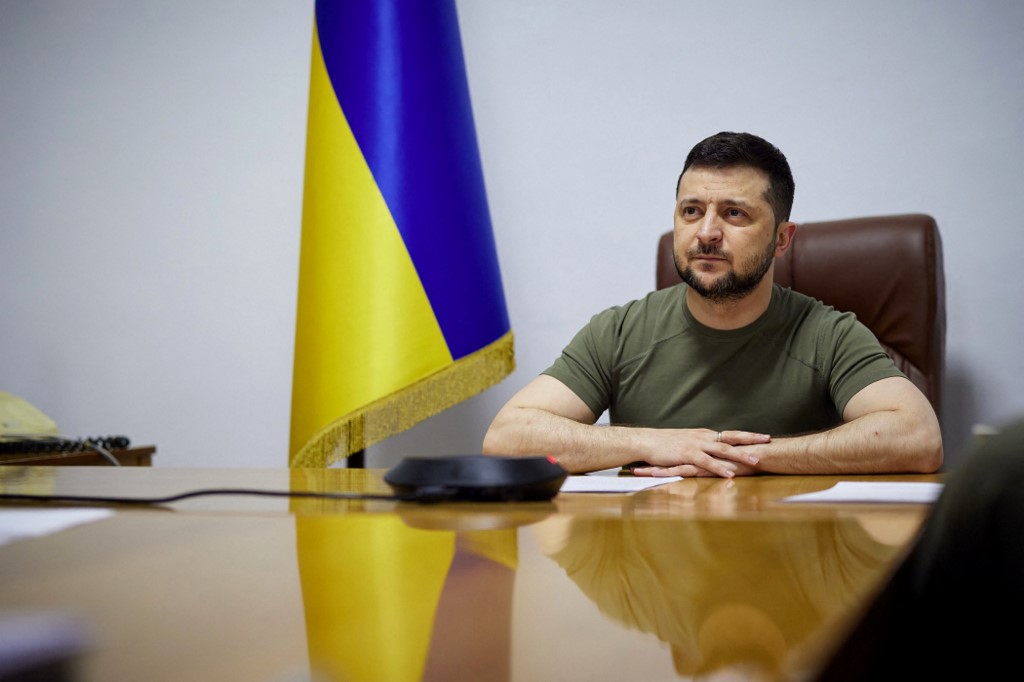 This handout picture taken and released by Ukrainian presidential press-service in Kyiv on March 25, 2022 shows the President Volodymyr Zelensky speaking online at a meeting of the European Council. (Photo: AFP)

During the conversation, Zelensky noted the high level of organization of negotiations of Ukrainian and Russian delegations in Istanbul.

Besides, the Ukrainian leader said he appreciates the readiness of Turkey to become a guarantor of Ukraine's security.

Ukraine and Russia concluded their fresh round of face-to-face peace talks in the Turkish city of Istanbul on Tuesday.

At the negotiations, Kiev proposed to sign a new international treaty on security guarantees, which enshrines obligations for the guarantor countries to provide Ukraine with military assistance in the event of an attack.