Zimbabwe, battling a spike in new COVID-19 cases, has banned families from transporting their dead relatives between cities, as part of new measures to stop traditional funeral rites that are believed to be increasing the spread of the disease. 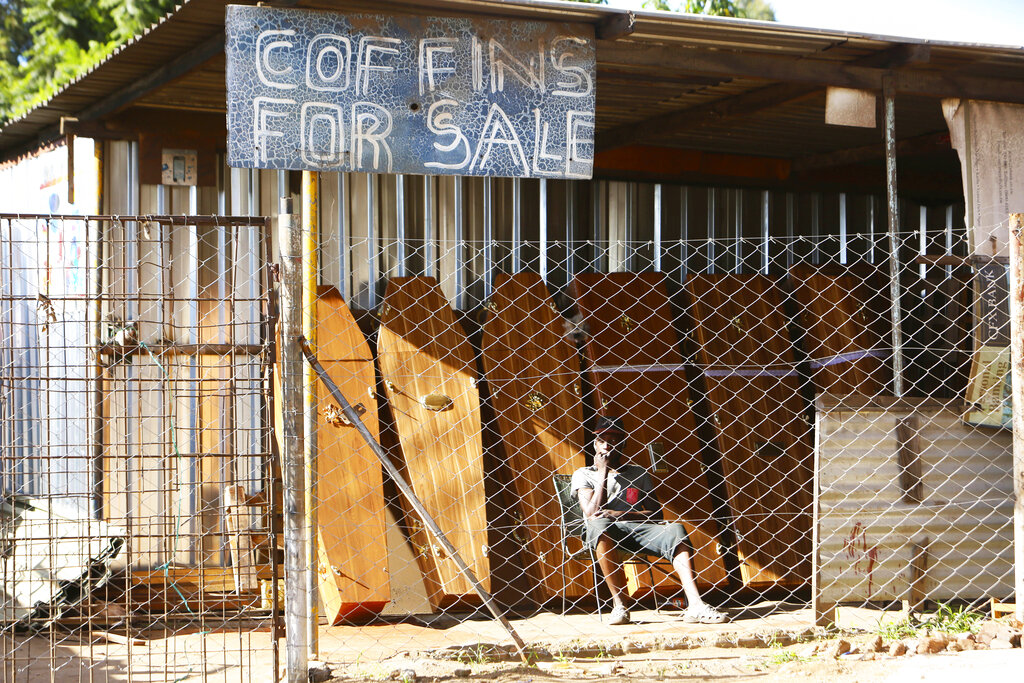 A worker at a coffin making company waits for clients inside the company premises in Harare, Tuesday, Jan. 5, 2021, as Zimbabwe began a 30-day lockdown in a bid to rein in the spike in COVID-19 infections threatening to overwhelm health services. (Photo: AP)

The announcement stops the custom where families take the dead to their areas of birth for ceremonies and burial. Police have also banned public viewing of bodies and the tradition of having a corpse stay overnight in the family’s home before burial.

“Police will only clear body movements for burial straight from a funeral parlor/hospital mortuary to the burial site,” police spokesman Paul Nyathi said Monday in the state-run Herald newspaper.

Zimbabwe, like many other African countries, initially recorded low numbers of COVID-19 but has recently experienced a spike in cases. There are fears that a new, more infectious variant of the virus arrived from South Africa when scores of thousands of Zimbabweans living in South Africa returned home for the festive season.

“The strain has been imported into Zimbabwe but we are in the process of conducting genetic sequencing to confirm this,” ministry of health director for epidemiology and disease control Portia Manangazira said.

South Africa is currently battling a resurgence of the disease that is rapidly overwhelming its hospitals, health officials there report.

Zimbabwe, whose once robust public health system has deteriorated, recorded 21,477 cases and 507 deaths on Jan.10, up from the slightly more than 10,000 cases and 277 deaths at the beginning of December, according to government figures.