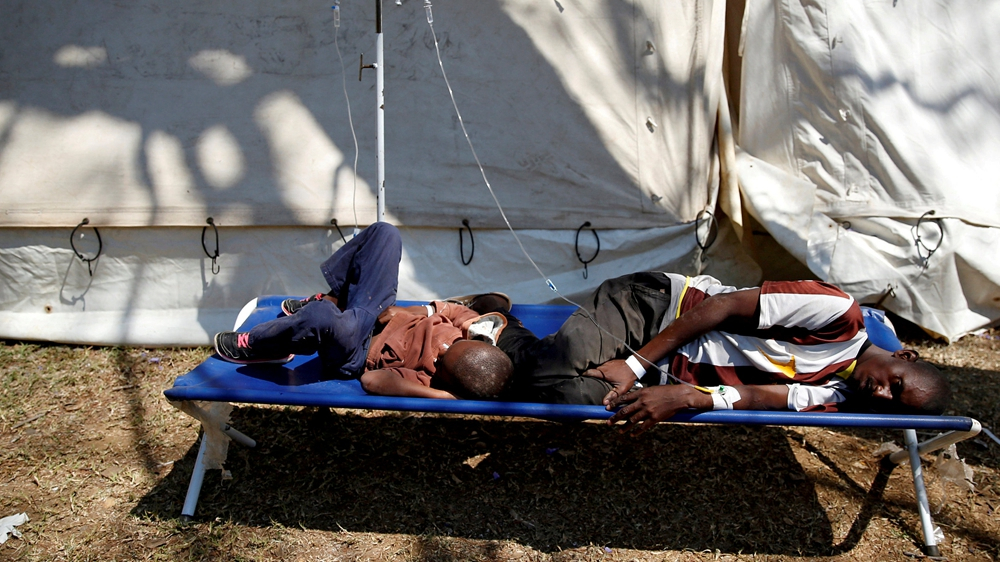 Zimbabwe on Wednesday banned public gatherings in the capital Harare after a cholera outbreak claimed at least 21 lives and left hundreds of people ill over the past week.

The outbreak, first detected in the township of Glen View outside Harare, has prompted the health ministry to declare an emergency in the city.

"In light of the declaration of the state of emergency, the police in Harare will not allow any public gatherings," police spokeswoman Charity Charamba said in a statement.

"The Zimbabwe Republic Police is appealing to members of the public to take heed of the warning and cooperate as this will assist in alleviating the continuous spread of cholera."

At least 21 people, including two students from a same school, have died over the past week in Harare from cholera and at least 3,000 have fallen ill from cholera and typhoid, according to the health ministry.

"We are now at 3,067 cases, the number of deaths has risen to 21," health minister Obadiah Moyo told reporters on Tuesday.

"It's more than just an emergency. It is a national disaster,” opposition leader Nelson Chamisa said after he toured a health facility and called on the United Nations to help contain the situation.

Police said they had stopped the selling of food by illegal vendors on the streets in two of the most affected suburbs and in the city center.

Informal housing areas without running water have mushroomed and basic infrastructure has collapsed due to years of neglect.

Tests on water samples from some wells and boreholes showed the water was contaminated with cholera and typhoid-causing bacteria.

President Emmerson Mnangagwa, who succeeded Mugabe, has pledged to revive the economy and improve public services.

"To contain the outbreak and mobilize resources we have declared a state of emergency in Harare, and are working closely with our international partners," Mnangagwa tweeted on Wednesday.

This is the biggest cholera outbreak since 2008, when 4,000 people died and more than 40,000 were treated for the disease, according to ministry of health data.