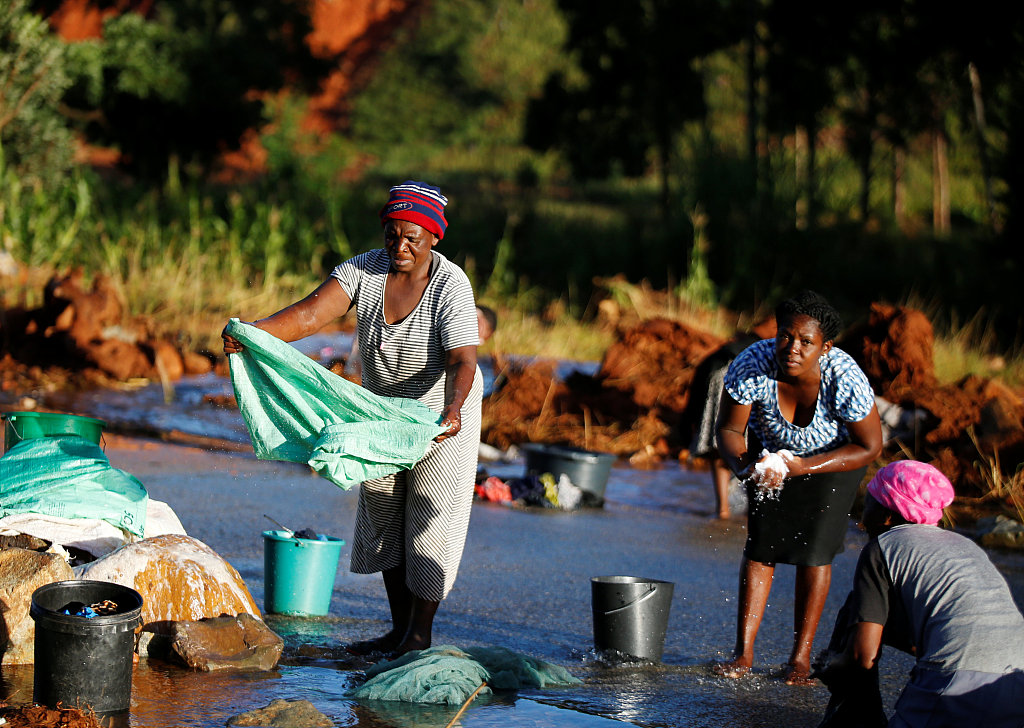 Women wash clothes in a river of water running across a road that was created after Cyclone Idai in Chimanimani, Zimbabwe, March 24, 2019. (Photo: VCG)

HARARE, March 24 (Xinhua) -- Zimbabwe has been severely affected by Cyclone Idai, with the death toll having risen to 259 by Friday night amid fears that more people could have lost their lives in the disaster.

Gory images of bodies being exhumed from the earth are circulating on social media, while local government minister July Moyo says the number of missing people is actually higher than earlier feared.

According to Energy Mutodi, deputy minister of Information, Media and Broadcasting Services, Zimbabwe has been the hardest hit, followed by Mozambique and then Malawi.

"UN figures show Zimbabwe had the highest number of deaths due to Cyclone Idai with 259 deaths. Landslides made the situation worse in Zimbabwe. There are fears the cyclone will return within days," he tweeted Saturday.

The United Nations confirmed on Friday that at least 16,000 households had been displaced in Zimbabwe.

According to official figures released by the ministry, Chimanimani District, a mountainous area in the province of Manicaland, eastern Zimbabwe, was the worst affected as the cyclone hit the country mid-March.

Rescuing efforts entered the eighth day on Sunday with the security services, government departments and volunteers searching for survivors and exhuming trapped bodies.

Moyo said an entire township and its amenities including a police station, schools, business center and government offices was swept away.

"In Rusitu, we had a police camp which was wiped out; we had agricultural extension officers who were housed there," he said,

"We had a school where we lost three teachers, the headmaster and 39 pupils. These are the areas where we frantically want to reach, but there are many others," he added.

There are reports of other residential and business areas being wiped out while survivors are in desperate need of food, water and shelter.

Efforts are being made to repair damaged roads and bridges to enable rescuers to reach stranded victims.