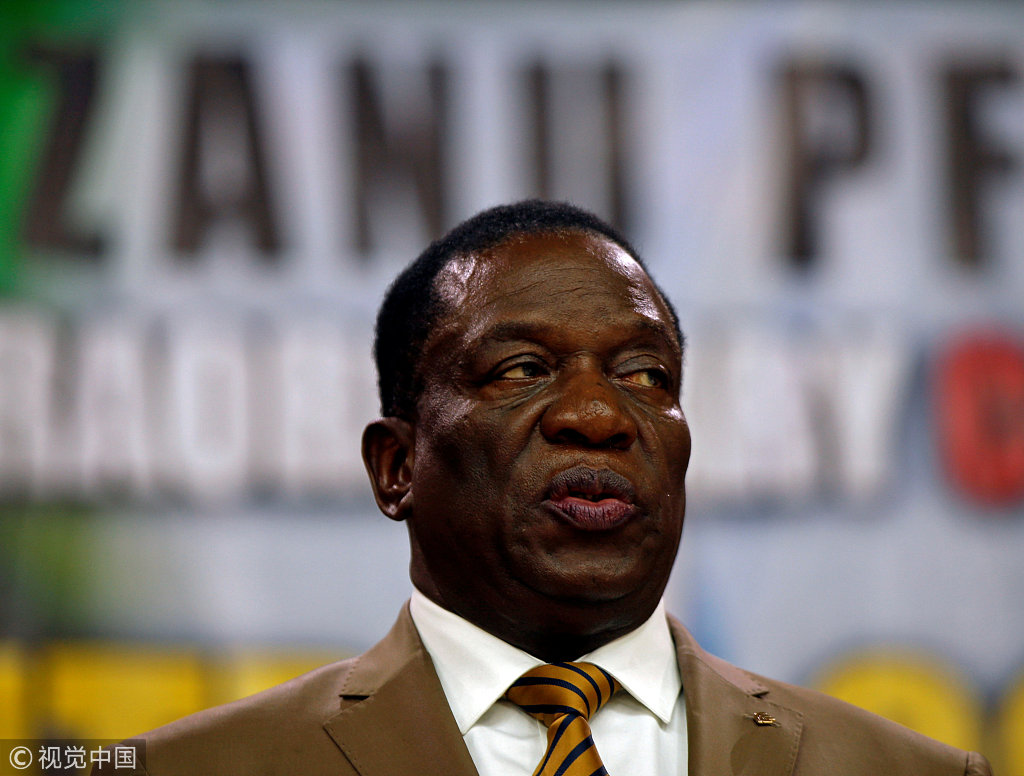 Mnangagwa was inaugurated last month after the military stepped in, hundreds of thousands rallied in the streets and lawmakers began impeachment proceedings against the 93-year-old Mugabe after 37 years in power.

Friday's meeting completes Mugabe's removal as ZANU-PF party leader. Images of his face are conspicuously missing, is as Mugabe himself. He flew to Malaysia and Singapore this week to visit family and seek medical treatment.

Now the 75-year-old Mnangagwa must find a way out of his longtime mentor's shadow, revive the severely weakened economy and win over the country ahead of elections. He has called for longtime sanctions to be lifted to ease foreign investment.