WORLD Zimbabwe's economy projected to grow by 5.4 pct next year

Zimbabwe's economy projected to grow by 5.4 pct next year

HARARE, July 20 (Xinhua) -- Zimbabwe's economy is projected to grow by 5.4 percent next year, driven by growth in mining, manufacturing and electricity sectors, the country's information minister said on Tuesday. 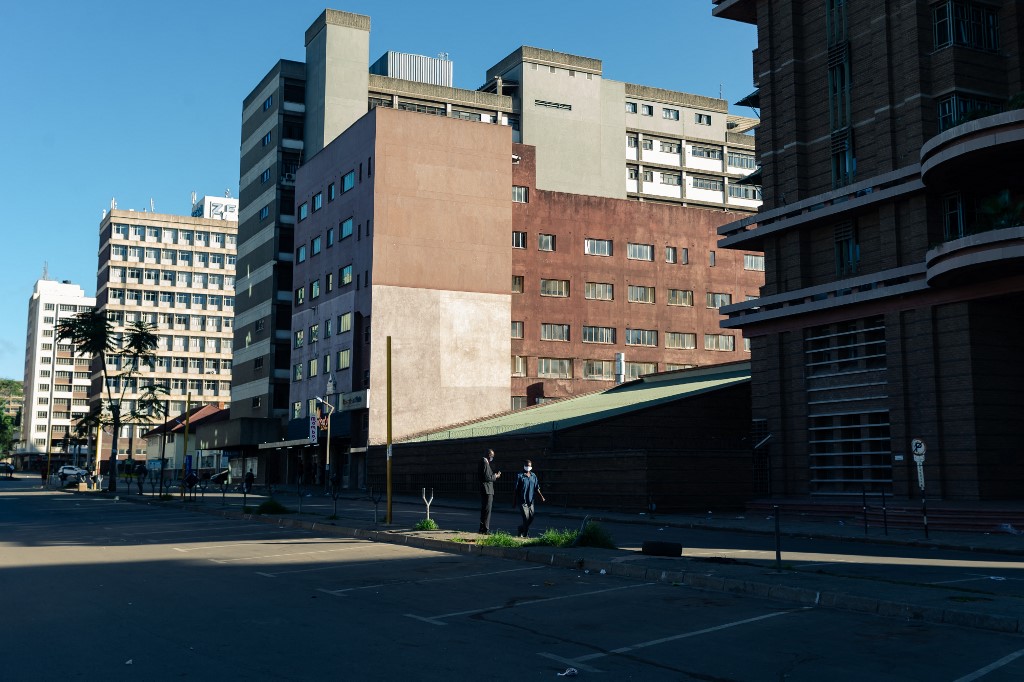 Two men wearing face masks walk in the largely deserted city of Harare on January 5, 2021, after the Zimbabwe government imposed a 30-day lockdown to curb the spread of a second wave of COVID-19 which has to date claimed more than 300 lives. (Photo: AFP)

According to the 2022 budget strategy paper presented by the Finance Minister during a cabinet meeting, government revenue is expected to rise to 17.8 percent of the gross domestic product (GDP) next year from 16.4 percent in 2021, said Information Minister Monica Mutsvangwa.

The Zimbabwean government has projected the country's economy to weather the COVID-19 pandemic and register a 7.5-percent growth in 2021, recovering from a recession last year.

"In the 2022 national budget, the government will prioritize to sustain macroeconomic stability, to create a conducive environment for business investment and to improve the living standards of the majority," Mutsvangwa said during a post-cabinet media briefing.

Meanwhile, Mutsvangwa said to boost foreign currency earnings from tobacco, the cabinet had approved a new policy to localize the financing of tobacco production, as opposed to the current system where the bulk of the crop is financed through offshore funding.

Tobacco leaf is one of the major foreign currency earners for Zimbabwe.