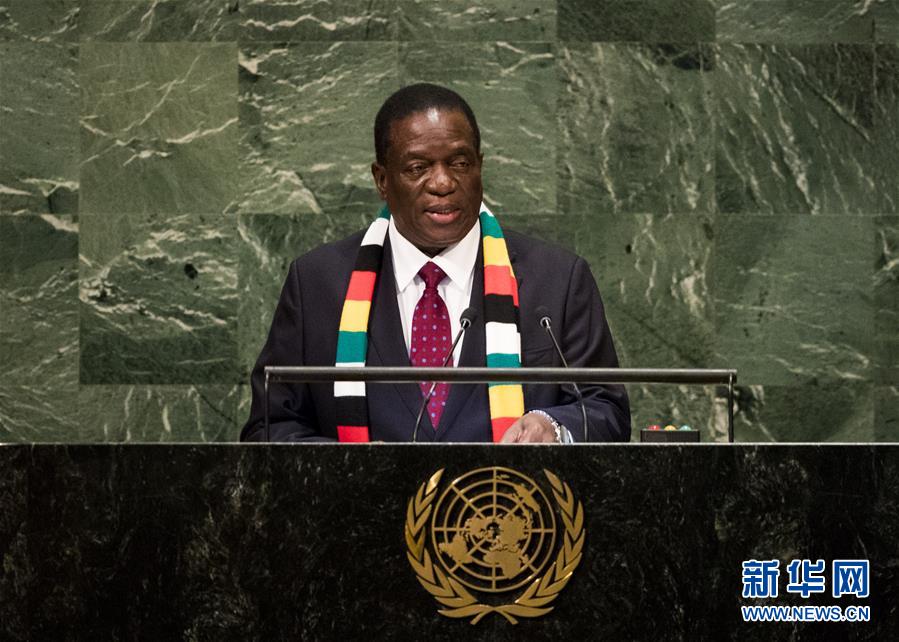 "I am pleased to report that Zimbabwe has made substantial progress in the implementation of some of the Sustainable Development Goals, in particular with regards to ensuring food security," he was quoted as saying by the state news agency New Ziana.

He said his government was pursuing home-grown solutions in addressing key developmental and economic challenges in spite of the continued illegal Western sanctions imposed on the country.

"We call for their immediate and unconditional removal," he said. While the EU has removed most Zimbabwe officials on its sanctions list except Mugabe and his wife Grace, the United States in July renewed its sanctions law -- the Zimbabwe Democracy and Economic Recovery Amendment Act (ZIDERA), on Zimbabwe.

The US first imposed the sanctions law in 2001.

Mnangagwa said he was confident that the multi-pronged economic revival programs would accelerate Zimbabwe's re-entry into the global economy and associated value chains.

He said Zimbabwe held fee, fair and credible elections on July 30 and thanked the UN and other member states for sending election observer missions and for their technical assistance to the electoral management body ZEC.

"The exceptionally peaceful pre and post electoral environment represented the maturing and entrenchment of democracy in Zimbabwe. Their recommendations (election observer missions) will be taken into account as we deepen our democratic and electoral processes," he said.

He reiterated that his government will continue to entrench constitutionalism, democratic traditions and norms, peace, unity and harmony for sustainable development.

Mnangagwa added that following the elections, Zimbabwe was now focusing on modernizing and industrializing its economy.

In tandem with the United Nations Agenda 2030 and the African Union Agenda 2063, Zimbabwe also outlined its 2030 vision to become a middle income economy with a per capita income of about 3,500 US dollars.

Meanwhile, Mnangagwa joined several other developing world leaders in calling for the urgent reform of the United Nations to allow Africa to be represented in the permanent category and to have increased representation in the non-permanent category.

"This position is indeed justified, in view of the need to correct the historical injustice which has left the African continent on the periphery of all major global decision making processes," he said.

He also called for the review and reform of the Bretton Woods institutions and other international financial institutions.