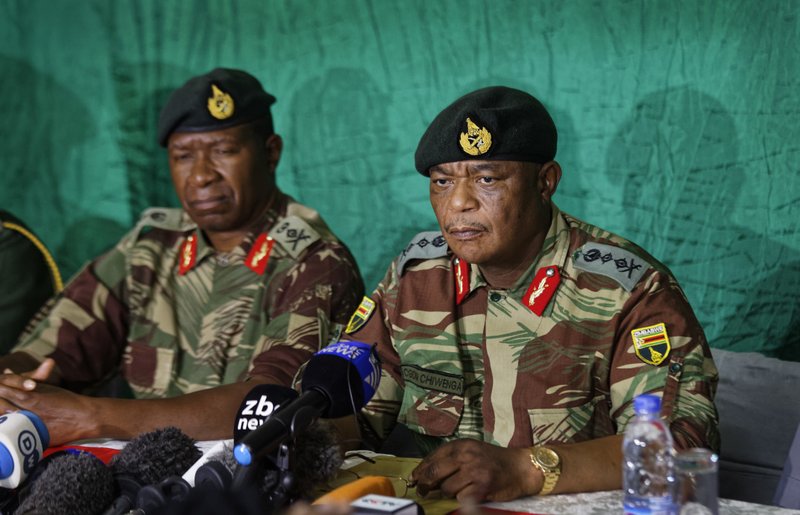 Zimbabweans mobilized Monday for a major push to oust President Robert Mugabe, an increasingly isolated figure who faces impeachment proceedings and more street demonstrations even as he ignores calls to resign.

While there is a widespread consensus that the 93-year-old president should step down after nearly four decades in power, Mugabe has refused. The country has known no other leader since independence from white minority rule in 1980.

The conflicted role of the military, widely hailed as a savior after effectively stripping Mugabe of his authority last week, is under scrutiny after its generals flanked him during a televised address Sunday night in which he asserted that he remained the “commander in chief” and referred to “our well-cherished constitutional order.”

The generals have been involved in talks with him on a way out of the leadership crisis. While they acted outside his authority by sending tanks into the streets, they also projected deference in sitting by at the official residence, State House, as Mugabe told the nation he was still in charge.

Although Mugabe’s powers as a wily, ruthless tactician have faded with age, his remarks seemed to reflect a keen understanding of the quandary of those trying to pry him from office: It would be easy enough at this stage to eject him, but perceptions that he is being illegally toppled, or is the target of a military coup, would undermine the credibility of any successor and muddy the international relationships of a new government.

Mugabe is clearly hanging on to his office, as evidenced by the announcement by Mugabe’s chief secretary that a Cabinet meeting will be held at State House on Tuesday morning and said all ministers should attend.

At the University of Zimbabwe, students protested and refused to sit for exams, demanding that Mugabe step down. The spokesman for the Zimbabwe National Students Union, Zivai Mhetu, said they want all universities to close until Mugabe goes.

More protests are expected as the impeachment process unfolds, including some possible attempts to march to Mugabe’s private home in Harare.