HARARE - Zimbabwe's main airport is set to undergo a major facelift to be funded by China as part of the government's efforts to transform the facility into a regional aviation hub. Zimbabwean President Emmerson Mnangagwa on Monday commissioned the construction at the Robert Gabriel Mugabe International Airport by China Jiangsu International at a cost of $153 million.

The upgrading and expansion work will be carried out in three years to modernize the airport and boost its annual passenger handling capacity to 6 million from the current 2.5 million.

The airport expansion is China Jiangsu's second airport development project in Zimbabwe in two years after it completed the upgrading of Victoria Falls International Airport in 2016, which trebled the airport's annual passenger handling capacity to 1.5 million.

Mnangagwa thanked the Chinese government for expediting release of the $153 million loan facility by China's Exim Bank for the airport expansion.

He stressed his government's commitment to the development of modern infrastructure to enable the economy to industrialize.

"The commencement of this project soon after the commitment by China in April to avail funding is clear testimony of the nature and potential of rapid development and pragmatic cooperation between our two countries under the all encompassing, comprehensive, strategic partnership and cooperation status which we promoted in April when I visited China," Mnangagwa said.

"We are indeed most grateful for the support we continue to receive from China in our quest to leapfrog our economic development." 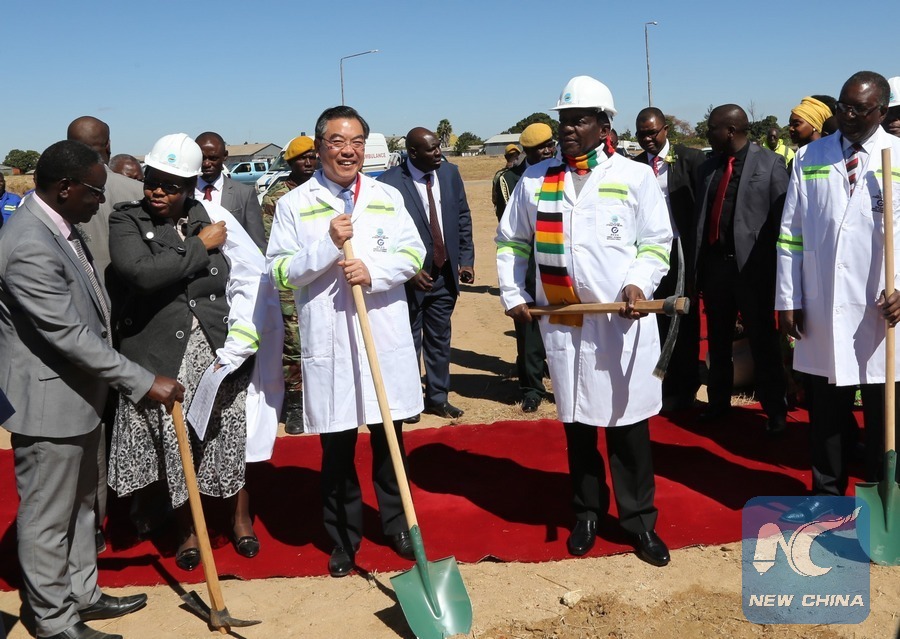 The upgrade is expected to see more international airlines opening routes into Harare and a corresponding increase in tourist arrivals.

The airport, which has one of the longest runways in Africa, was last upgraded in 2001.

"Once completed, Robert Gabriel Mugabe International Airport will have an additional capacity, connectivity and increased resilience to handle another 3.5 million passengers with much improved service, making the airport a promising contender in the competition for the much-coveted regional aviation hub status in southern Africa and better serve as a huge impetus to its social-economic development," Huang said.