WORLD Zimbabwe to spend $133 million on maize subsidies after drought

Zimbabwe to spend $133 million on maize subsidies after drought

Zimbabwe will next year spend 2.16 billion Zimbabwe dollars ($133 million) on subsidies for the staple maize meal as it seeks to keep prices of the most consumed food affordable amid food shortages and spiralling inflation. 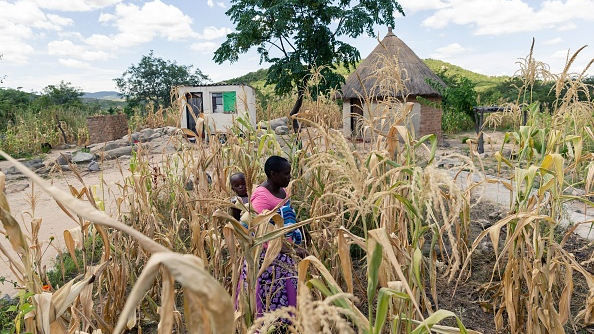 A woman inspects a stunted cob in her dry maize field in the Mutoko rural area of Zimbabwe. (Photo: AFP)

Mthuli Ncube told state-owned television ZBC News on Friday that the government would fork out 180 million Zimbabwe dollars a month on the subsidy programme and was considering subsidising other goods as well.

The southern African nation's population is enduring the worst economic crisis in a decade and a severe drought that has left millions facing hunger.

Low dam water levels have meanwhile led to 18-hour power cuts that have hit output from industry and mines.

The government this year reintroduced the Zimbabwe dollar currency, ending a decade of dollarisation, and also removed subsidies on electricity and fuel. Both of these actions unleashed rampant inflation, while wages lag behind.

"Our target is basically to inject 180 million Zimbabwe dollars to target the (maize) meal subsidy. We also intend to include other commodities going forward," Ncube said.

President Emmerson Mnangagwa on November. 28 announced the government would scrap its plan to remove grain subsidies next year, saying this would protect impoverished citizens from rising food prices.

Scarce foreign exchange has meant that even after Zimbabweans started paying more for the power and fuel, shortages have remained widespread.