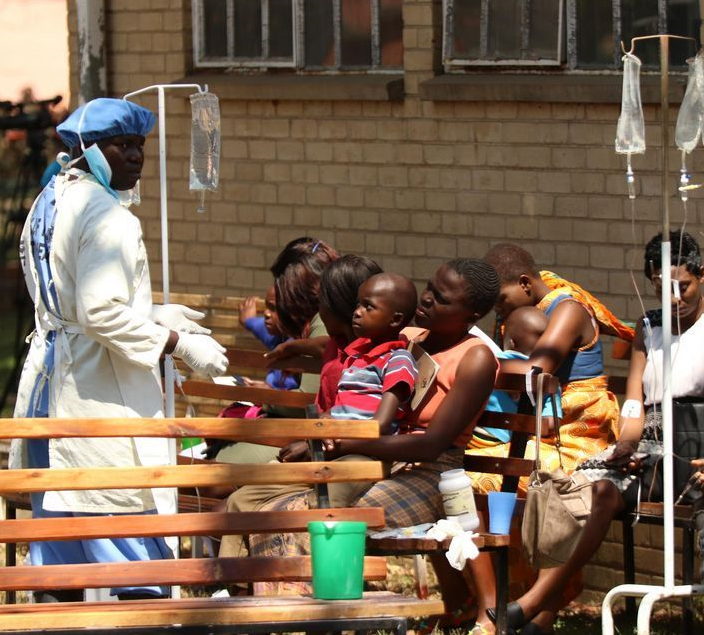 HARARE, Oct. 10 (Xinhua) -- Prevailing foreign currency shortages in Zimbabwe are hitting hard on patients who are now being forced by some dispensaries to pay for medication in foreign currency while some doctors and health institutions are now also demanding the same.

One pharmacist told Xinhua that suppliers were demanding cash for the medication, so the pharmacists had no option but to demand the same from patients.

"On this one we want cash. The supplier wants cash and there is nothing we can do about it," he said while he was dispensing Prednisolone, a drug which eases the effects of gout.

The Association of Healthcare Funders of Zimbabwe (AHFoZ) said on Tuesday that it had noted with concern the absence of pharmaceuticals among the list of strategic sectors earmarked to benefit from a 500 million U.S. dollar facility from the Reserve Bank of Zimbabwe (RBZ).

RBZ announced this week that the facility would fund the procurement of essential commodities such as fuel, electricity, wheat, raw materials for the manufacturing of cooking oil, packaging and other basic commodities.

Meanwhile, many patients, some with chronic ailments, are being forced to move from one pharmacy to another in search of medicines and having to look for U.S. dollars on the black market where they are charged premiums of up to 350 percent.

AHFoZ said severe shortages of essential and chronic drugs had been reported countrywide.

"This situation deals a severe blow to the population in general and to workers in particular, some of whom may need medication. A sick workforce cannot be productive," the association said in a statement.

"The shortage of medicines for chronic conditions compromise the quality of life of those requiring them and reverses healthcare gains achieved, since those unable to access them have to default on their treatment, while others are reportedly reacting to substitutes," it added.

It warned that patients whose conditions were previously well-managed on chronic medication would suffer from complications due to their inability to access prescribed medication.

"AHFoZ urges its members to closely monitor the situation with a view to engaging employer organizations to request that medical aid subscriptions be paid in U.S. dollars, so that service providers may be paid in U.S. dollars and their members be able to access healthcare services without inconvenience." the association said.