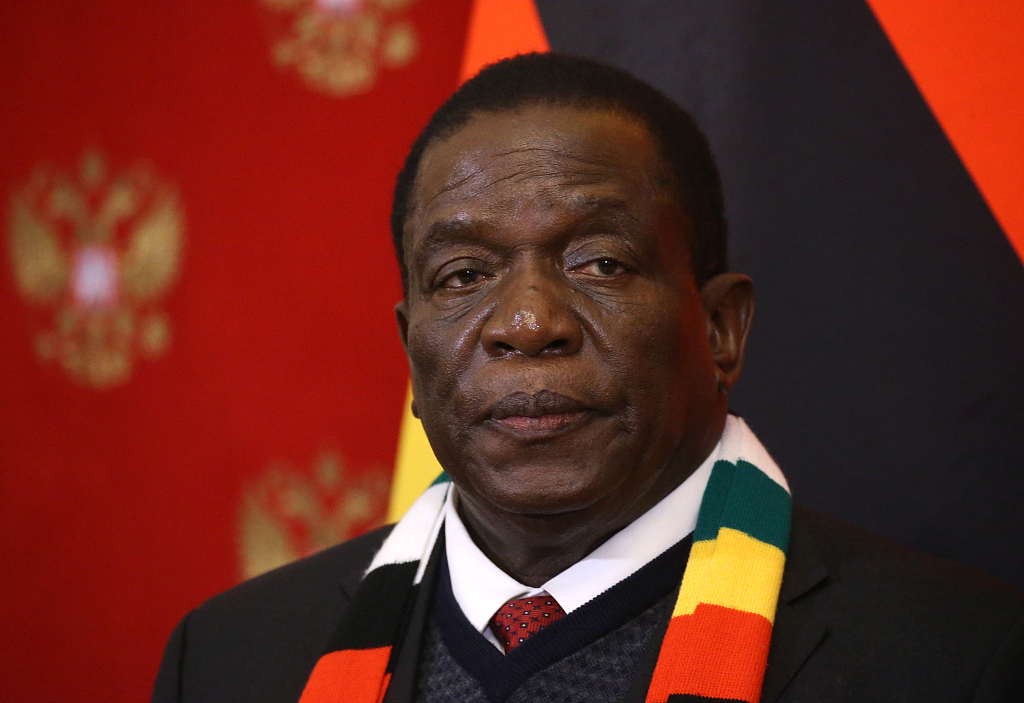 President of Zimbabwe Emmerson Mnangagwa is seen during Russian-Zimbabwean meeting at the Kremlin, in Moscow, Russia, January, 15, 2019. (File photo: VCG)

In a tweet, Ministry of Information, Publicity and Broadcasting said Mnangagwa has already launched an international appeal for help, starting with the UAE Red Crescent Society.

The United Nations team in Zimbabwe has already joined the government and other partners in supporting about 8,000 people affected by Idai in the southeastern parts of the country.

Mnangagwa has declared a state of disaster in the affected areas.

The military is helping evacuate people stranded by flooding.

Thousands have been left homeless after their houses were destroyed in driving rains.

Police have warned vehicle drivers not to cross bridges submerged in water and be observant and alert on the road all the time.

A bus was reportedly swept into water while crossing a low-lying bridge near Chiredzi, Masvingo Province.

It is not clear if anyone was hurt in the incident.