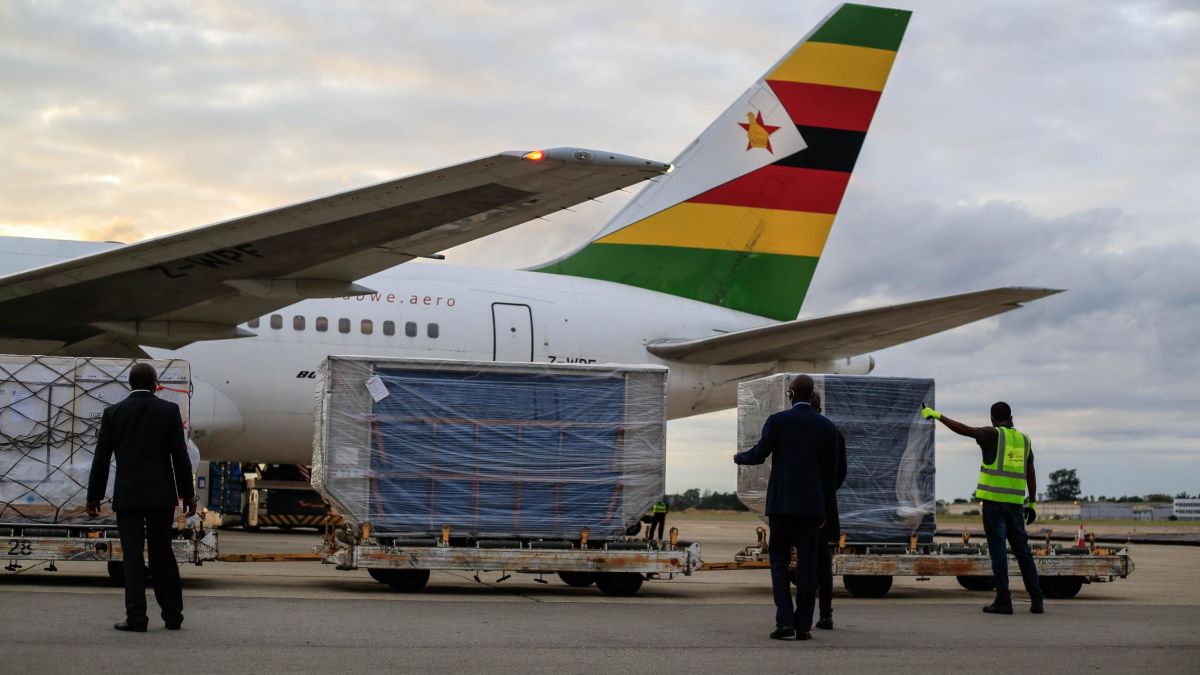 Speaking at the signing ceremony of the handover certificate of the donation with Chinese Ambassador to Zimbabwe Guo Shaochun at State House in Harare, Mnangagwa said the Chinese government has shown its commitment to assisting Zimbabwe in its fight against the pandemic.

"Yet again, the People's Republic of China has demonstrated its solidarity by being the first to partner with us in the effort to vaccinate our people. We are confident that this will enable us to enter new dawn in our fight against this global pandemic," Mnangagwa said.

He expressed his gratitude to China for always being a steadfast partner to the people of Zimbabwe.

"Even as you battled the vaccine on your own shores in China, you never neglected to lend a helping hand to Zimbabwe.

"This consistent display of unwavering partnership is a strong evidence of the strength of our bilateral relations, close and enduring ties between our two peoples," he said.

Mnangagwa said the kind gesture testifies to the commendable leadership role that China has continued to play in global efforts to combat the spread of the virus.

Speaking at the same occasion, Guo said the donation was a testament to the cordial relations between China and Zimbabwe.

Guo said China was the first country to make a commitment to make the vaccine a global public good.

"We realize we are in the global community. China will always contribute to the accessibility and affordability of Chinese vaccines in developing countries," he said.

"Since early last year we have stood together in this fight, giving each other confidence, courage and support," Guo said.

The Zimbabwean government has announced that it will start vaccination of frontline workers this week, as it aims to inoculate 60 percent of the country's population.

The vaccination will be done in three phases, starting with frontline workers at high risk of COVID-19, followed by those with chronic illnesses, the elderly, and the prison population.

Zimbabwe has also purchased 600,000 Sinopharm COVID-19 vaccine doses from China, which are expected to arrive in the country in March.