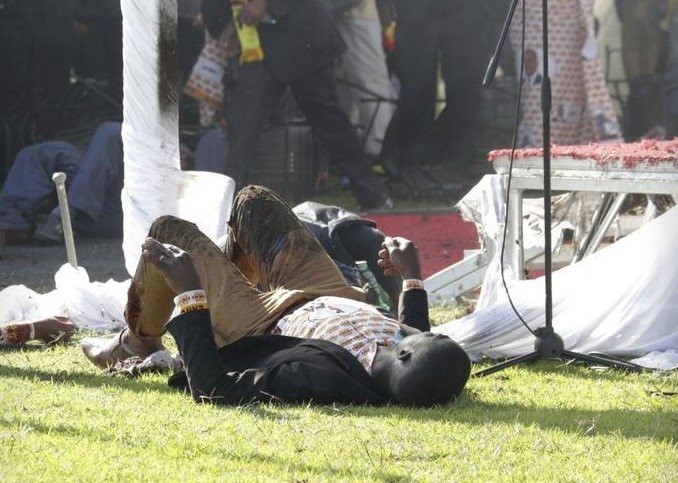 Injured people lay on the ground following an explosion at a ZANU-PF rally in Bulawayo, Saturday, June 23, 2018. (Photo: AP)

Johannesburg (People’s Daily) - Zimbabwean President Emmerson Mnangagwa narrowly survived a bomb blast that detonated and injured several crowd members at a ZANU-PF rally that he was addressing in Bulawayo on Saturday.

Following the incident, pictures of Mnangagwa visiting the injured emerged on social media.

Zimbabwean state media reported that an explosion rocked the White City Stadium where Mnangagwa was addressing thousands of his supporters ahead of the national elections being held next month.

The Zimbabwe Herald reported that Mnangagwa was unharmed in the blast and had been successfully evacuated.

“President Mnangagwa has not been injured and is at Bulawayo State House,” Presidential spokesperson George Charamba said. “Investigations are underway and more details will be given to the public. There have been multiple attempts on the president’s life over the past five years.”