When Facebook founder Mark Zuckerberg donated $400 million to help fund election offices as they scrambled to deal with the coronavirus pandemic late last summer, he said he hoped he would never have to do it again. 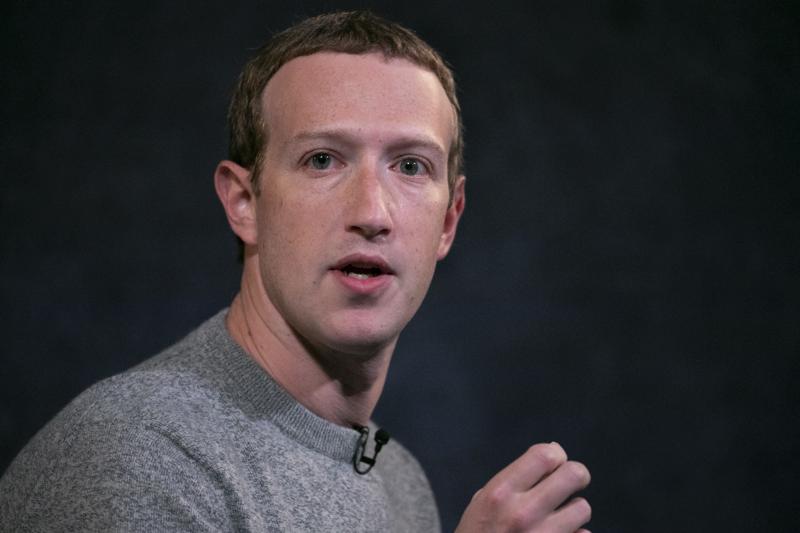 Republican legislatures are granting him that wish.

At least eight GOP-controlled states have passed bans on donations to election offices this year as Republicans try to block outside funding of voting operations. The legislation often comes as part of Republican packages that also put new limits on how voters can cast ballots and impose new requirements on county or city-based election officials.

The response is spurred by anger and suspicion on the right that Zuckerberg's money benefited Democrats in 2020. Conservatives have long accused the tech mogul's social media platform of censoring right-wing voices as part of its campaign against misinformation.

Zuckerberg's money was largely distributed through a nonpartisan foundation that had liberal roots. Conservative groups cite analyses that the money went disproportionately to Democratic-leaning counties in key states such as Florida and Pennsylvania.

"People saw that, and looked around, and they were increasingly concerned about why would you have a billionaire funding our elections through the backdoor," said Jessica Anderson, executive director of the conservative group Heritage Action, which has pushed the bans in several states.

But many election officials say that effort short-sighted and fueled by paranoia. Election offices, they argue, are chronically underfunded and now cannot benefit from donations that still flow to so many other branches of government, including police, schools and libraries.

Furthermore, they say there is no sign of favoritism in the distribution of the grants from Zuckerberg and his wife, Priscilla Chan. Elections are more expensive in populous urban areas, and especially more so last year, when states scrambled to shift to mail voting to deal with the pandemic. Metro areas had to buy expensive equipment to open and sort mail ballots, a task that smaller, more GOP-leaning counties could do by hand or with less gear.

Also, Republican-leaning areas were already discouraged from accepting election grants due to conservative suspicion of Zuckerberg. The Republican attorney general of Louisiana last year ordered his state's election offices to turn down grants from the nonprofit, the Center for Tech and Civic Life, which distributed $350 million of the Zuckerberg money.

"Every election department that applied, received funding," said CTCL's executive director, Tiana Epps-Johnson, adding that the distribution of the money "reflects those who chose to apply."

A spokesman for Zuckerberg declined to address the wave of new legislation.

"When our nation's election infrastructure faced unprecedented challenges last year due to the pandemic, Mark and Priscilla stepped up to close a funding gap and granted $350 million to the Center for Tech and Civic Life, a nonpartisan, 501 (c)(3) organization," said Ben LaBolt. "Mark made clear this was a unique effort to address the unprecedented challenge of the pandemic and his preference for elections to be publicly funded."

The center distributed grants to 2,500 election offices nationwide, from Alaska to Florida. The money was spent in a wide variety of ways — protective gear for poll workers, public education campaigns promoting new methods to vote during the pandemic, and new trucks to haul voting equipment.

In northern Arizona, sprawling Coconino County used its $614,000 grant to hire more election workers, particularly Navajo speakers who could do outreach on a reservation, and set up drive-up sites for voters to drop off ballots, said county recorder Patty Hansen.

She said it was the first time she had enough money to expand outreach to the entire county, which is among the biggest in land size in the country at 18,600 square miles but is sparsely populated.

"Because of the legislation passed and signed by the governor, we will never be able to get a grant like that ever again," she said. "They're cutting off a funding source to be able to provide these additional requirements they're putting on us."

Election officials have long complained they were underfunded, but never more so than last year when they had to instantly revamp their entire operations at the peak of the pandemic. There was a huge shift to mail voting, while even in-person voting required new protective measures, and hazard pay for poll workers.

Democrats pushed for an extra $2 billion for election offices in the initial coronavirus aid bill in April but only got $400 million. After a spring and summer of troubled primaries and partisan deadlock over more funding, Zuckerberg stepped in. He and Chan donated a total of $400 million to election offices — $350 million in the form of grants to local offices that were distributed through CTCL.

The selection of CTCL raised eyebrows among some conservatives because of the group's roots. Some of its founders, including Epps-Johnson, once were at the New Organizing Institute, which provided data and training to liberal activists Still, CTCL has become respected among election officials and includes a Republican, Pam Anderson, former elected clerk of a suburban Denver-area county, on its board. In an interview, she said the group was "100% nonpartisan."

Other Republican election officials have also vouched for the impartiality of the program. "I don't see why governments should be barred from trying to work with the private sector in securing grant funds," said Brian Mead, a Republican election director in Licking County, Ohio, outside Columbus, which received $77,000 from CTCL. "If we can work with the private sector and secure funds where we save our taxpayers money, I think that's a good thing," Mead said.

That did not mollify conservatives, especially after the initial grants went to major, Democratic-voting cities. In Pennsylvania, one of the central battlegrounds of the presidential election, Philadelphia, with an annual election budget of $12.3 million, received $10 million from CTCL. The conservative Foundation for Government Accountability found that in Pennsylvania, Democratic-voting counties received an average of $4.99 per voter, while Republican-voting ones got $1.12 per voter.

In Florida, the differential was also dramatic, with one-third of the $18 million in total money going to Democratic-leaning Palm Beach County, and an additional $2.4 million for Miami-Dade County, which backed Democrat Joe Biden, albeit more narrowly than expected. Republican Donald Trump won the state.

"If Charles Koch was doing this, well, for many of these people the shoe would be on the other foot," said Hayden Dublois, a researcher at the Foundation for Government Accountability, referring to the conservative billionaire.

In some states, including Georgia and Texas, the new laws require all donations to local election offices to be distributed by the secretary of state. In Arizona, Kansas, Iowa and elsewhere, they are banned altogether.

Anderson, the Republican CTCL board member, said that will do real damage.

"If you want to block this funding, then I want to ask if the legislators are funding elections?" Anderson said. "Because so many states don't."