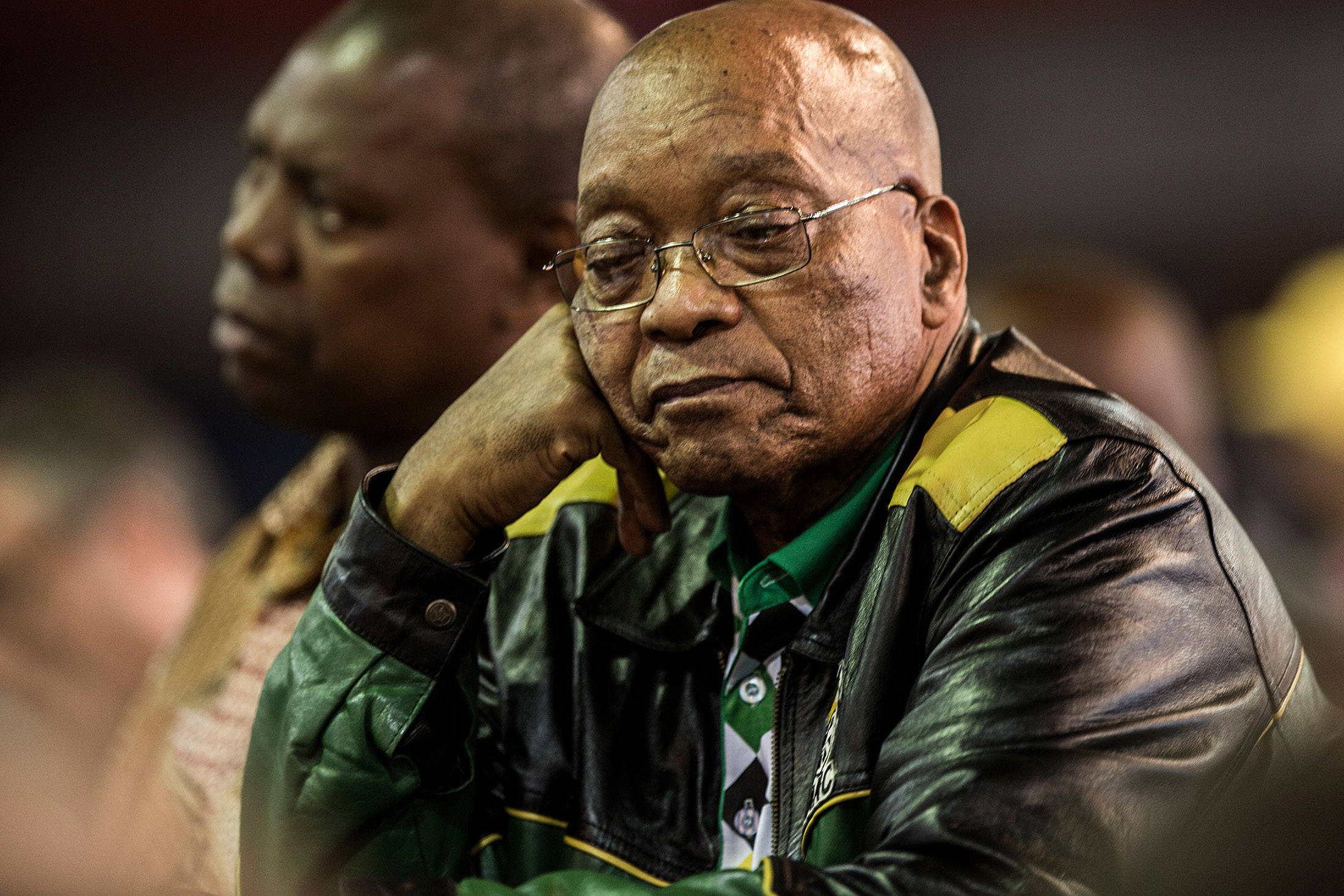 The clock is ticking on South African President Jacob Zuma’s scandal-ridden administration as his deputy, Cyril Ramaphosa, flexes his political muscles and shows he’s increasingly wielding state power to stamp out corruption and revive the economy.

While the ruling African National Congress’s top leadership has decided that Zuma, 75, must leave office -- to win back voters and stoke investor confidence in the stagnant economy -- without setting a deadline, newly elected party leader Ramaphosa and his supporters have moved decisively on two other fronts.

His office and the Ministry of Public Enterprises announced sweeping changes to the board and management of struggling state-power utility Eskom Holdings SOC Ltd. As well as deciding Zuma must step down on Friday, the ANC National Executive Committee suspended the party’s pro-Zuma provincial executive committees in the provinces of KwaZulu-Natal and Free State that the courts said weren’t properly elected.

“It is as if Cyril is confirming that he has taken over the reins,” said Susan Booysen, a political science professor at the University of Witwatersrand’s School of Governance. “I would say Zuma will be gone in anything between 10 and 30 days maximum.

Zuma’s exit would catapult Ramaphosa, 65, into the presidency and allow him to begin to repair an economy that suffered its second recession in almost a decade in 2017 and has struggled to mount a strong recovery. He’s also vowed to fight the graft that have marred Zuma’s administration.

An open question remains whether Zuma will step aside before Feb. 8 so that Ramaphosa can deliver the annual state-of-the-nation address.

One of the wealthiest black South Africans, Ramaphosa is expected to adopt more business-friendly policies, even though he enjoys the support of the communist party and the biggest labor union federation. His election as ANC leader helped boost the rand 10 percent last month. He, not Zuma, is leading South Africa’s delegation to the World Economic Forum gathering in Davos this week.

At a meeting of the NEC on Friday, Ramaphosa cemented his control of the party, with his allies winning most of the seats on the 26-member National Working Committee that oversees the running of the ANC on a day-to-day basis.

“We are definitely in a phase where Zuma’s power is waning and Ramaphosa’s is on the rise,” said Judith February, a senior research associate at the Institute of Security Studies, by phone from Cape Town. “The clearest example of this is the sudden new appointment of the Eskom board with the Minister of Finance Malusi Gigaba and the Minister of Public Enterprises Lynn Brown reporting to Ramaphosa, while Zuma was not involved in the decision at all.”

Members of the Gupta family, who are Zuma’s friends and in business with his son Duduzane, have been implicated in alleged looting of billions of rand from the utility in reports by the nation’s graft ombudsman and a group of top academics. Zuma and the Guptas deny wrongdoing.

Eskom’s new board was told to immediately remove all executives facing allegations of serious corruption and other acts of impropriety.

“We are determined to address the damage that has been done to this institution and place it on a new path of efficiency and integrity,” Ramaphosa said in a statement.

For the ANC, the key is to remove Zuma, whose final term as president is due to end around mid-2019, before campaigning starts for next year’s general elections. Under his rule, the ANC suffered its worst-ever electoral performance in a municipal vote in August 2016 when it lost control of Johannesburg, the economic hub, and Pretoria, the capital.

For now, Zuma’s fate is in the hands of Ramaphosa and the five other top ANC leaders elected at the party’s conference last month.

“This has been a benchmark weekend,” Booysen said. “In the sense of Zuma having power, I think that era has ended. There is still huge correction and mop-up work remaining to be done.”