Switzerland's biggest city Zurich is the second most expensive city in the world, with Singapore the priciest, an annual cost-of-living survey revealed on Thursday.

Paris is tied with Zurich in second place followed by Hong Kong in fourth, and then Oslo followed by Geneva -- which tied with Seoul for sixth place, in the 2018 Worldwide Cost of Living Survey, published by The Economist Intelligence Unit (EIU). 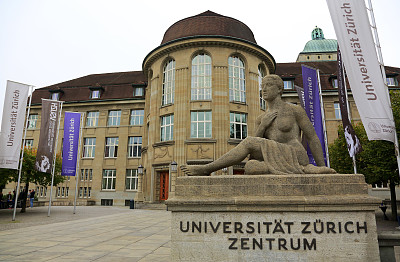 The EIU survey found that a stronger euro pushed up the relative cost of living in all the euro area cities surveyed and that non-eurozone cities were the priciest.

Low inflation has pushed the Japanese cities of Tokyo and Osaka out of the top ten in the cost of living ranking covering 133 cities worldwide.

The survey said that once more western European cities dominate the top of the rankings, which had not been observed in more than a decade.

"The competition between Asian hubs like Singapore, Hong Kong and Seoul on the one hand and European destinations such as Paris, Zurich and Oslo on the other will be one to watch over the next survey cycle as well," survey editor Roxana Slavcheva said.

Looking at the most expensive cities by category, the survey noted that Asian cities tend to be the priciest locations for general grocery shopping.

"However, European cities tend to be priciest in the household, personal care, recreation and entertainment categories, with Zurich and Geneva the most expensive, perhaps reflecting a greater premium on discretionary spending," said the survey.