CRCG sews up plans to build railway infrastructure across the world

A CRCG engineer instructs a foreign apprentice on construction technology essentials at Four Seasons Hotel construction site in Malaysia in 2015. The building is the tallest overseas structure built by CRCG. [Photo provided to China Daily]

China Railway Construction Group Co Ltd or CRCG will quicken its overseas expansion in the coming years to exploit growth opportunities presented by the Belt and Road Initiative.

A builder of railway-related infrastructure like stations, staff housing, office buildings, departmental hospitals and hotels, CRCG is expecting a 25 percent increase to 100 billion yuan ($15.4 billion) in its contract value this year.

"We are confident that overseas contracts value will triple to 3 billion yuan," said Li Kun, managing director of the international division of CRCG.

The company was among the first batch in China that obtained the super-A qualification of the general contracting code for engineering-related constructions, Li said.

In the domestic market, CRCG has built 88 railway stations on 28 high-speed passenger transport lines, with a total construction area of 3.3 million square meters, covering 62 cities in 20 provinces, according to company data.

It has undertaken the construction of nine stations of Beijing-Shanghai High-Speed Railway, which is considered one of the world's most successful such services.

So far, the company's overseas business has mainly focused on contracts for property construction. "We have just finished the construction of a hotel in Malaysia, which started operations earlier this month," Li said. 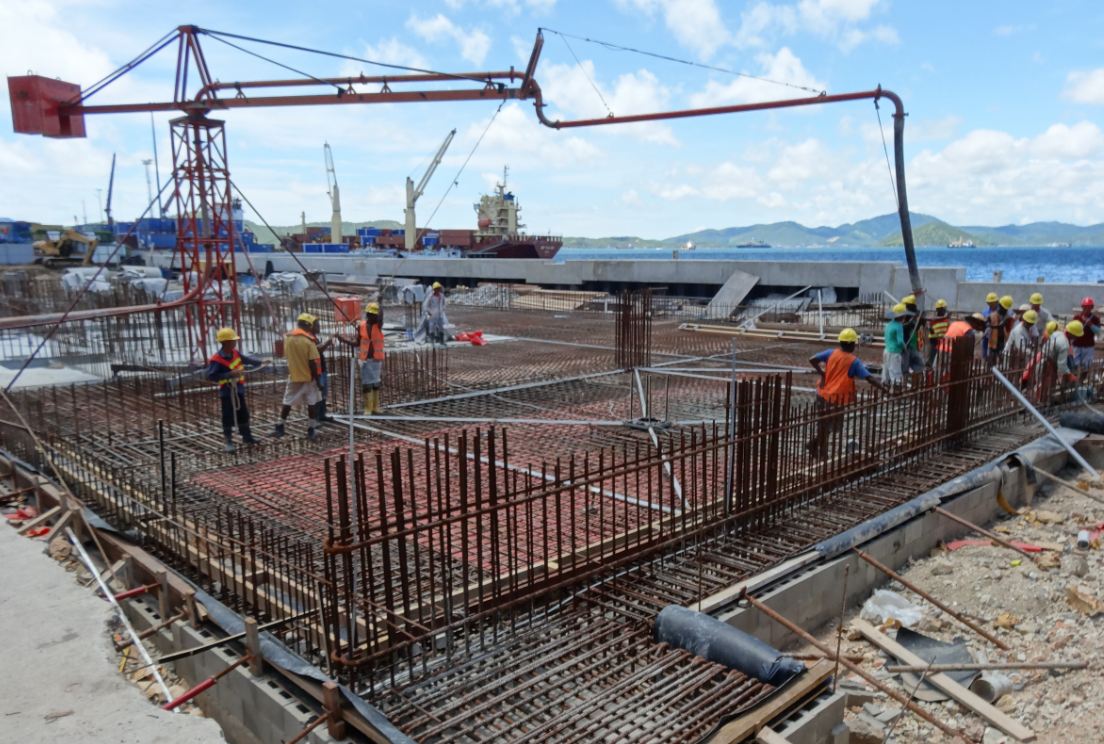 The hotel is Malaysia's second-tallest building and the tallest structure that CRCG ever built overseas. "The company has built more than 50 international engineering projects overseas," said Li. "With our projects in Malaysia successfully finished, we are planning to expand in Southeast Asia and the Oceania."

However, the go-global strategy has not been a piece of cake for the company. For all its exertions, the overseas revenue accounts for only about 2 percent of the company's total revenue, Li said.

"Over the next three years, our goal is to lift the number to 5 percent, 10 percent and 15 percent successively ... The balance between cost-efficiency and high quality has always been a big concern."

As one of the earliest Chinese contractors doing business in Papua New Guinea, CRCG has a better understanding of local standards and practices, Li said.

But one big challenge is the differences in technological standards, conventional practice and design concepts abroad, said Li. Making the necessary adjustments to meet the local standards is of vital importance, he said.

"Besides, the difference in local cultures and customs could also be a big hindrance," Li said. "We need to better understand and respect the local values and norms if we want to enter the local market."

Agreed Tao Jingzhou, managing partner of the Asia division of Dechert, a firm specializing in corporate business and financial service practices. "We should not forcibly export Chinese style. The style of management, operational standards and corporate values should be localized."

According to Li, the core idea of the company's go-global strategy is to put risk-prevention and social benefits ahead of making profit.

"We have always put people's interest above making money," said Li. "That's how we earn our reputation among the local residents."

On the potential negative impact of recent fluctuations in the yuan-dollar exchange rate on the company's business, Li said: "Most of our overseas business contracts are in the local currency concerned. So, it (the yuan-dollar fluctuations) might not have a big influence.

"However, influenced by the depreciation of the yuan, the contracts driven by domestic investment might witness a short decline in the future."

The Chinese currency weakened nearly 500 basis points to 6.73 on July 7. It was the eighth successive trading-day drop, according to the China Foreign Exchange Trade System.

Fan Hang and Wang Jiaqi contributed to this story.