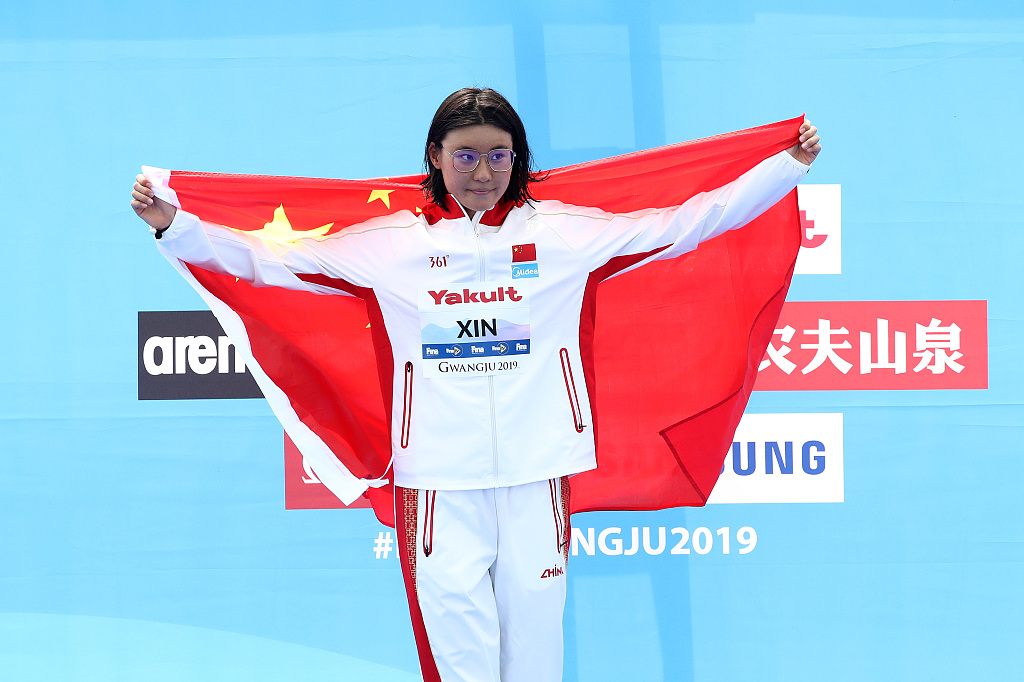 The 22-year-old finished first in one hour 54 minutes and 47.20 seconds in the women's 10km open water swimming, becoming the first to grab a gold medal for China in the history of the swimming world championships.

Xin was just 0.90 second ahead of Haley Anderson of the United States who came in second on the third day of the worlds. Rachele Bruni of Italy came away with bronze in 1:54:49.90.

The Chinese swimmer went down in history of open water swimming, after breaking the Asian record in the women's 800m freestyle at the 2013 National Games in Liaoning, China.

Defending champion Aurelie Muller of France, who won the titles in 2015 and 2017, had been in the lead for most of the race, but she ended up in 11th place as the race was reversed in the last minutes.

The open water event was held at Yeosu EXPO Ocean Park in Yeosu, a city some 100km to the south of the main host city Gwangju.