Shaanxi produces over 10 mln tonnes of apples in 2018 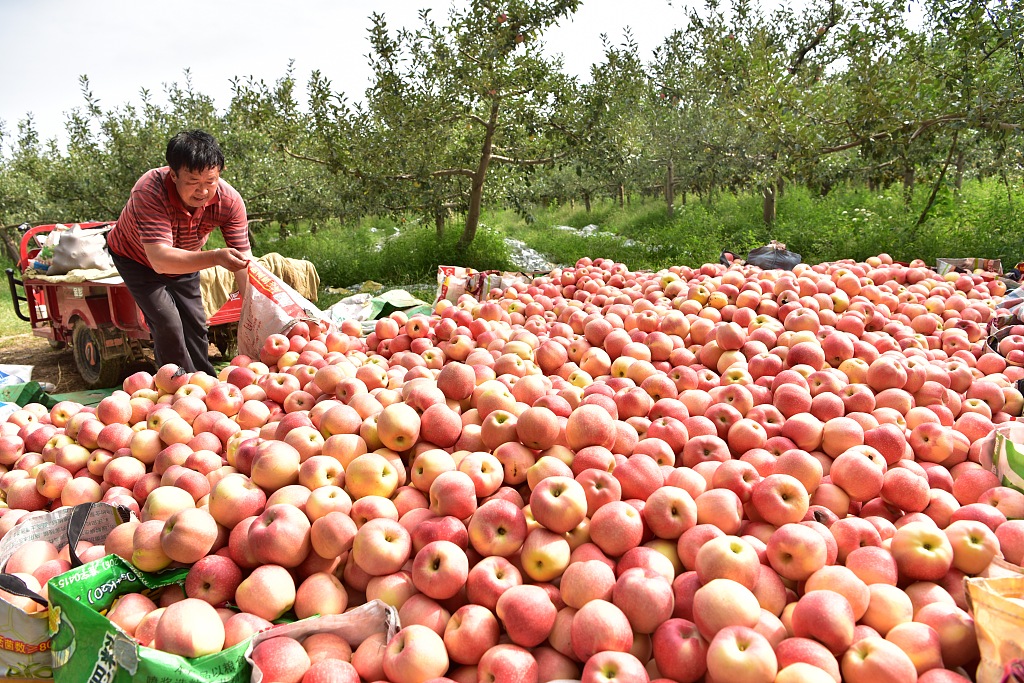 China has become the world's largest apple production country, with its planation area and output both accounting for over half of that of the world, said Yu Kangzhen, vice agriculture and rural affairs minister.

"The loess plateau is considered favorable for growing apples and is one of the world's biggest apple production areas," Wei said. "Apple growing has become an important part of the province's poverty alleviation work and opening up."