Liu Xiaoming, Chinese ambassador to the UK, shared with People's Daily his views on the situation in Hong Kong in an exclusive interview recently. The following is the full script of the interview. 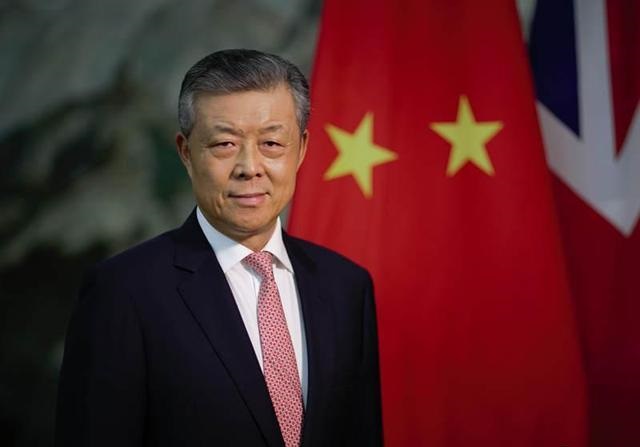 People's Daily: Why do you say that a stable and prosperous Hong Kong is also in the interest of the UK?

Ambassador Liu: There are 300,000 British citizens and more than 700 British companies in Hong Kong. The connections and exchanges between the UK and Hong Kong are extensive and close. Continued chaos in Hong Kong will bring nothing but harm to Britain.

Hong Kong's economy has already suffered from the chaos, and has experienced its first annual recession since 2009. We should treasure the hard-won development of Hong Kong and hope common sense will prevail in Hong Kong.

Unfortunately, some of the British media, alone with other Western media, only focus on the rioters and only focus on the violence. There has been massive coverage on so-called “right to peaceful protest” but few reports on the violent offences by the extreme radicals such as disruption of social order, attacks on police officers and injuries to bystanders.

There has not been a word about the extensive public support for the SAR Government and for restoring law and order in Hong Kong. The lawless and violent offenders who undermine rule of law are whitewashed and named “pro-democracy activists” in media reports.

Evidence shows that the situation in Hong Kong would not have deteriorated so much had it not been for the interference and incitement of foreign forces. Some Western politicians and organizations have publicly or covertly given various types of support to the violent radicals, and tried to interfere in the judicial independence of Hong Kong and obstruct Hong Kong police from bringing the violent offenders to justice.

We do hope that the British side can support the Hong Kong SAR government in ending violence, restoring order and upholding the rule of law, resist and oppose any remarks or actions that interfere in Hong Kong affairs, and do things that are conducive to the prosperity and stability in Hong Kong, so that chaos will end as soon as possible.

People's Daily: In your opinion, how can Hong Kong end the chaos and restore order?

Ambassador Liu: First, the priority now is to support the SAR government in ending violence and restoring order. Second, the violent offenders must be brought to justice in accordance with the law. Third, external forces must stop interfering in Hong Kong’s affairs. Fourth, the media must shoulder due social responsibilities. Western media have failed to play a credible role in showing the world what has happened in Hong Kong. Instead of reporting the situation in a just and objective manner, they have confused right from wrong, given unbalanced accounts and misled the public. Such selective reporting and distortion have resulted in the prevalence of wrong information and have misled the public, especially young people in Hong Kong.

Chinese President Xi's remarks about Hong Kong during the BRICS Summit reveal the nature and consequence of the extreme violent offenses. Extreme violent offenders have disrupted law and order in Hong Kong, attempted to destabilize Hong Kong and undermine the "One Country, Two Systems" policy, and their behavior has nothing to do with so-called democracy or freedom.

President Xi’s speech points out a way for ending the chaos in Hong Kong. One of the most important things is that the laws must be observed and offenders must be brought to justice. The HKSAR government, the police and judicial institutions of Hong Kong should be given strong support in upholding the rule of law, and in taking forceful measures to curb and combat all types of violent offenses. We firmly support them in bringing the offenders to justice as soon as possible, and in safeguarding the rule of law and public order, so as to bring stability to Hong Kong and tranquility to the people.

Finally, President Xi's speech shows the resolve of the Chinese government to oppose external interference in Hong Kong affairs. We urge these foreign forces to immediately stop any form of interference in Hong Kong affairs and China's internal affairs, and immediately stop condoning violent offences. Otherwise, they would lift the stone only to drop it on their own feet.