OPINIONS Japan’s generosity will give improving ties a further boost

Japan’s generosity will give improving ties a further boost 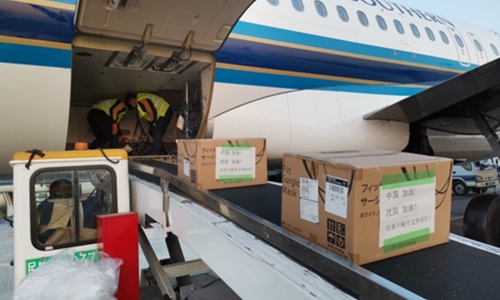 The thaw in China-Japan relations will be seen over the long term. In fact, the trend had already appeared prior to the NCP epidemic.

Before the NCP outbreak, the two Asian neighbors were already conducting frequent, high-level exchanges. Japanese media outlets reported months ago that Chinese President Xi Jinping would pay a state visit to Japan in the spring of 2020. Thus, the epidemic is not the beginning of the warming of bilateral ties. The trend was observed way before the crisis.

The positive impact of China-Japan exchanges during the epidemic will mean people in both countries will hold deeper, friendly feelings toward each other.

According to previous opinion polls, many people in both countries had negative impressions toward the other. And only a small number of Japanese people have visited China.

But in the face of this public health crisis, Japan has generously offered China help, touching the hearts of many Chinese people, who are reminded of the Chinese proverb goes - when difficulties arise in one place, aid comes from everywhere.

Meanwhile, although China is at the outbreak's epicenter, Japan has also been deeply affected. Japanese people also understand that the two countries are neighbors that cannot be separated. Thus, to a certain extent, this crisis has enhanced the two peoples' friendship and strengthened their exchanges.

From a macro and long-term perspective, the epidemic has also proved that the Chinese and Japanese economies are interdependent. For example, many Chinese factories have suspended operation during the epidemic, and some downstream industries in Japan, such as some automobile firms, have been impacted.

So in the future, there is wide room for cooperation between the two countries in various aspects, such as regional economic cooperation.

It is unclear whether President Xi's visit to Japan will be postponed due to the epidemic, but it is certain that the state leader's visit will further promote bilateral ties. We can absolutely witness a warming China-Japan relationship over the long run.

Since the outbreak started, Japan has been very friendly toward China. This is in line with the general improvement of China-Japan relations. With the rise of trade protectionism worldwide, it is obvious that improvements in the two countries' relationship have been accelerating.

In this context, when the NCP broke out in China, both the Japanese government and people have shown a friendly attitude toward China. China and Japan have had a lot of cooperation and mutual assistance in terms of non-traditional security issues and natural disasters, such as the response to the Wenchuan earthquake in 2008, and the 2011 earthquake and tsunami in Japan. China and Japan have a foundation for such mutual support. Japan is frequently hit by natural disasters. Therefore, Japan sympathizes with other country's experience of diseases and disasters.

In addition, because of US trade protectionism and the US economic suppression of Japan, Japan's economic dependence on China is rising. The impact of China's economic development on the Japanese economy is very obvious. China's influence and contribution to the world economy are also increasing. The upcoming Tokyo 2020 Olympics, and the increasing number of Chinese tourists visiting Japan will be positive factors in boosting the Japanese economy.

Thus, Japan reaching out to China in the face of the epidemic is not only a friendly gesture, it also shows Japan's economic considerations. If the Chinese economy is hit hard by the epidemic, there will also be a huge impact on Japan. Japanese companies in China will all be affected. If Japan can help China overcome the epidemic, the Chinese economy will rebound faster and further spur the development of the whole Northeast Asia. Japan's aid to China is indirectly in its own self-interest.

Japan's friendly gestures reflect the country's benevolence and shows a good national image. For example, when Japan donated facial masks to China, it put labels on the boxes, which included Chinese poems that could be understood as "lands apart, shared sky." This deeply moved the Chinese people who know that  Japan has donated a lot of protective masks to China even though Japanese people are also short of the masks. This shows that Japan is serious and pragmatic about improving China-Japan relations.