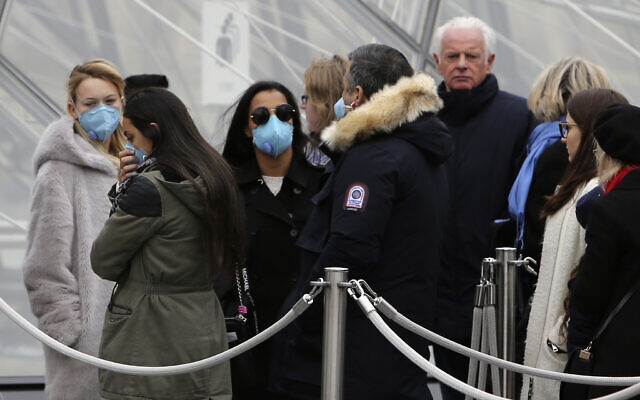 COVID-19 infections spiked across Europe on Sunday, with Italy reporting hundreds of new cases and five deaths. The number of cases increased in France, Germany, and the UK, and the Czech Republic reported its first COVID-19 infection.

Italian health officials said virus infections had risen 40 percent in 24 hours to 1,576, with the death toll now at 34. In Germany, the number of confirmed infections almost doubled to 129 on Sunday, while France’s stood at 100, up from 38 on Friday, with nine patients in critical condition.

As the outbreak spread to most EU states, the European Center for Disease Prevention Control (ECDC), the EU’s disease prevention agency, raised its COVID-19 risk assessment in the bloc from moderate to high, Ursula von der Leyen said at a press conference in Brussels, Belgium.

The ECDC decision was made after officials monitored the virus on a daily basis for one week since the virus hit northern Italy. The first assessment was released last week, which placed the virus risk from low to moderate.

"In other words, the virus continues to spread," stressed von der Leyen, who announced the establishment of a COVID-19 response team comprised of high-profile commissioners.

Among a growing number of landmark attractions and public events impacted by COVID-19, the Louvre Museum in Paris was closed Sunday afternoon. France and Switzerland have implemented bans on public gatherings, cautioning citizens to not engage in “la bise,” or “kissy kissy” greetings out of concerns of spreading the virus.