CHINA Political motivation of some US politicians laid bare over comments on Jimmy Lai: commissioner's office of Chinese foreign ministry

Political motivation of some US politicians laid bare over comments on Jimmy Lai: commissioner's office of Chinese foreign ministry

HONG KONG, March 6 (Xinhua) -- Office of the Commissioner of the Chinese Foreign Ministry in the Hong Kong Special Administrative Region (SAR) said on Friday that some U.S. politicians' comments on the HKSAR government's legal action against Jimmy Lai and several others are attempting to sow trouble in Hong Kong. 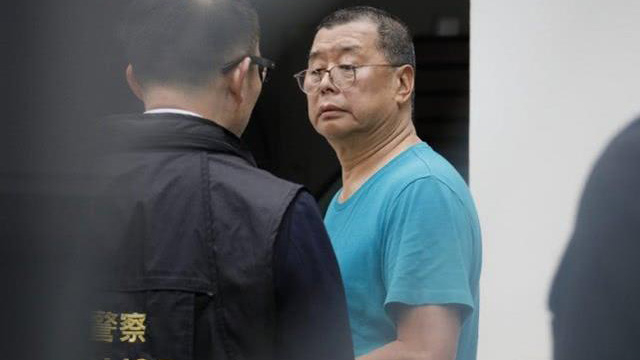 In a recent statement, some lawmakers of the U.S. House Committee on Foreign Affairs accused the HKSAR government's legal action against Jimmy Lai, widely known as one of the "black hands" behind Hong Kong's months-long unrest, and others who had tried to mess up Hong Kong, of being "politically motivated."

The spokesperson of the commissioner's office on Friday condemned and firmly opposed the accusation, saying that it is exactly these politicians' absurd comments that are politically motivated, which have distorted the truth in an attempt to sow trouble in Hong Kong and China at large.

The spokesperson pointed out that no one is above the law in Hong Kong, an SAR governed by the rule of law. There is solid evidence that Jimmy Lai and the others have long been engaged in anti-China activities and attempted to mess up Hong Kong, and the Hong Kong police took the legal action against them in strict accordance to the law.

But some U.S. politicians have tried to shift the blame, painting the suspects as "Hong Kongers who are exercising their rights to free assembly and free speech" while accusing the police of "the politically motivated use of Hong Kong's legal system," the spokesperson said.

The spokesperson said the U.S. side has also threatened with the so-called "Hong Kong Human Rights and Democracy Act of 2019," which has only further revealed their disregard for the rule of law and endorsement of the wrongdoers.

The spokesperson reiterated that Hong Kong is part of China, and its affairs are completely China's internal affairs. The political motivated attempts of some U.S. politicians to mess up Hong Kong and China as a whole are doomed to fail.