Young adults most stressed by virus 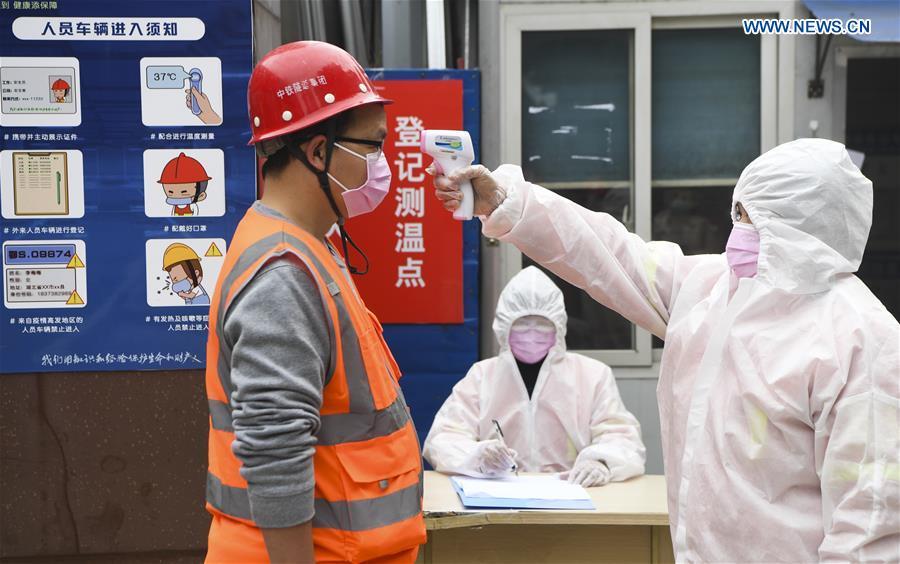 A worker has his temperature taken at a construction site of Zengjiayan Tunnel in Yuzhong district, Southwest China's Chongqing municipality on Feb 29, 2020. (Photo: Xinhua)

The first large-scale national survey of the psychological impact of the novel coronavirus showed that young adults have experienced the highest level of stress－and women higher than men－while migrant workers are more affected than those in other occupations.

Doctors at the Shanghai Mental Health Center were the first to conduct such a survey since the outbreak, and a paper about the research was published in the General Psychiatry Journal on Friday.

The study received more than 52,000 valid responses from 36 provincial-level regions, as well as Hong Kong, Macao and Taiwan.

According to the research, one's level of stress was associated with their gender, age, education, occupation and region. Female respondents showed significantly higher psychological stress than their male counterparts.

People aged between 18 and 30 showed the highest level of stress. They are capable of obtaining large amounts of information from social media, which can easily trigger stress.

The elderly have also been psychologically impacted, since the epidemic is most likely to kill older patients.

Further, people with higher education tended to have more stress, possibly because of higher awareness of their health.

It is noteworthy that migrant workers experienced the highest level of stress among all workers. This may be due to concerns about virus exposure in public transportation when returning to their jobs, about work delays and loss of income as they have to remain isolated at home for 14 days once they arrive, and about job opportunities that may dry up before the cities they work in resume full operations, Qiu said.

The research also found that stress levels were influenced by the availability of local medical resources, efficiency of the regional public health system and prevention and control measures.

For example, Shanghai is at high risk of carriers entering the city because of the large population of migrant workers, but the stress level is not spiking. This is probably because Shanghai has one of the best public health systems in China, according to the research.

As time passed, scientists observed significant decreases in the stress level, which they attributed partly to the effective prevention and control measures taken by the Chinese government, including the nationwide quarantine, medical support and resources, and effective measures to stop the spread of the virus.

Based on the research, psychologists suggested more attention be paid to vulnerable groups such as young adults and migrant workers.