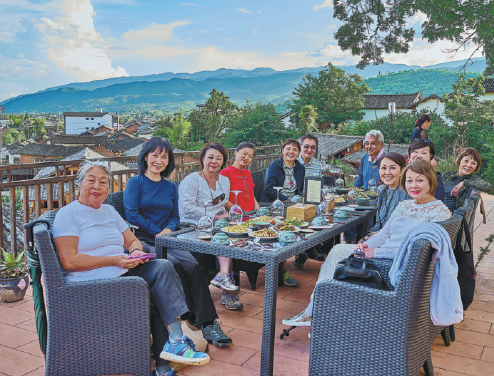 Since early March, the 54-year-old from the United States once again started receiving guests at his retreat in Yangshuo, Guangxi Zhuang autonomous region.

Local government has allowed tourism operators to resume business with certain requirements since Feb 17, as the novel coronavirus outbreak has been brought under control locally.

"We have always had hand sanitizer at reception, and have added more bottles to the staff canteen, kitchen and public toilets," Barclay says, adding that he also uses bleach to clean public areas and guest rooms, a practice he started during SARS and has kept up ever since.

"As of March 1, all our staff had returned," he says. "I do not expect a surge immediately, but more like a gradual return to average occupancy over the next three months."

An Asian studies major in college, Barclay "wanted to experience the country", and first visited China in an immersion language program in Beijing in 1988. He had a great time in the six months, and visited Henan, Hebei and Shanxi provinces, besides Beijing.

"Everything agreed with me. I really enjoyed biking around Beijing, the food and travel," he recalls. "People were humorous, simple and friendly.