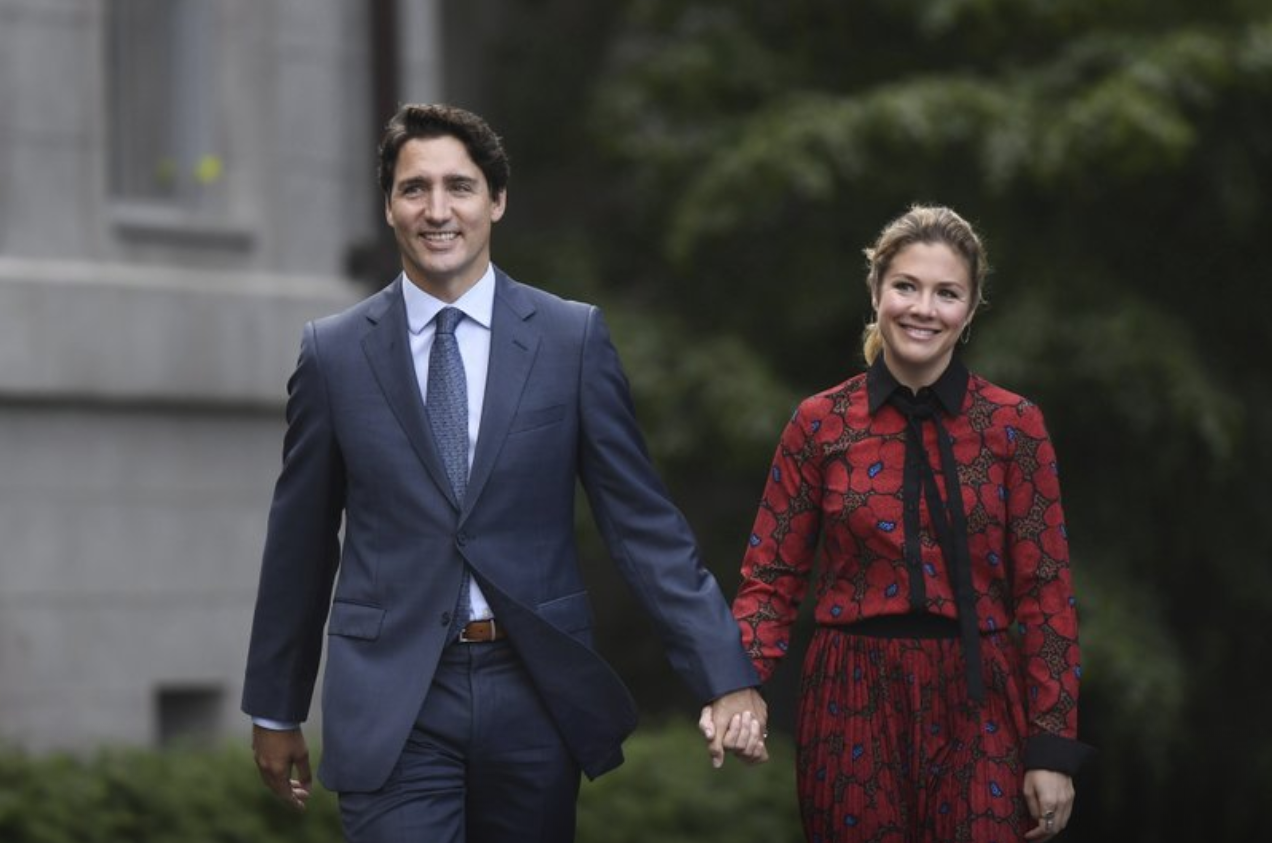 In this file photo, Canada's Prime Minister Justin Trudeau and his wife Sophie Gregoire Trudeau arrive at Rideau Hall in Ottawa, Ontario. Trudeau is quarantining himself at home after his wife exhibited flu-like symptoms. /AP

Canadian Prime Minister Justin Trudeau is quarantining himself at home after his wife exhibited flu-like symptoms.

She is being tested for the COVID-19 disease and is awaiting results. Her symptoms have since subsided.

"Out of an abundance of caution, the Prime Minister is opting to self-isolate and work from home until receiving Sophie's results," the statement said.

His office said the doctor's advice to the prime minister is to continue daily activities while self-monitoring, given that he is exhibiting no symptoms himself. He is spending the day in briefings, phone calls, and virtual meetings from home, including speaking with other world leaders and joining a special Cabinet committee discussion on the new coronavirus. Trudeau spoke with U.S. President Donald Trump and British Prime Minister Boris Johnson.

Opposition NDP leader Jagmeet Singh is also working from home after feeling unwell. Singh said he's been in contact with a doctor and they do not believe he has the virus but was advised to limit contact with the public until he feels better.

Ontario, Canada's most populous province, is closing schools until April 5.

Quebec Premier Francois Legault is asking all people returning from travel abroad to self-isolate for 14 days. The measure will be mandatory for all government employees.

British Columbia's health officer, Dr. Bonnie Henry, said the province is “strongly advising” people to not travel outside Canada, including to the U.S, and said anyone who chooses to do so should self-isolate for 14 days upon return.

“That means no trips to Disneyland, no trips to Paris or Berlin or Boise,” British Columbia Health Minister Adrian Dix said. “Anyone who chooses to travel outside of Canada must stay away from work or school or 14 days upon their return. That responsibility is what we owe to our fellow citizens.”

Henry said there has not been widespread community transmission of the virus in Canada, unlike in the U.S.

"We've been watching what's happening in Washington state and have been in contact with our colleagues in Washington state. What became apparent to me over the last 24 hours is the extent of the community spread in many, many, many different communities in the U.S.," Henry said.

Canada has more than 140 confirmed cases, with one death — an elderly nursing home resident in British Columbia. The United States has had 40 deaths, with more than three-fourths of them in Washington state. As of Thursday afternoon, the Centers for Disease Control and Prevention reported about 1,260 U.S. illnesses.

Alberta Premier Jason Kenney also asked people to self-isolate if they are returning from overseas.

"We are now recommending that anybody over the age of 65 to avoid traveling outside the province if they can avoid it," Kenney said.