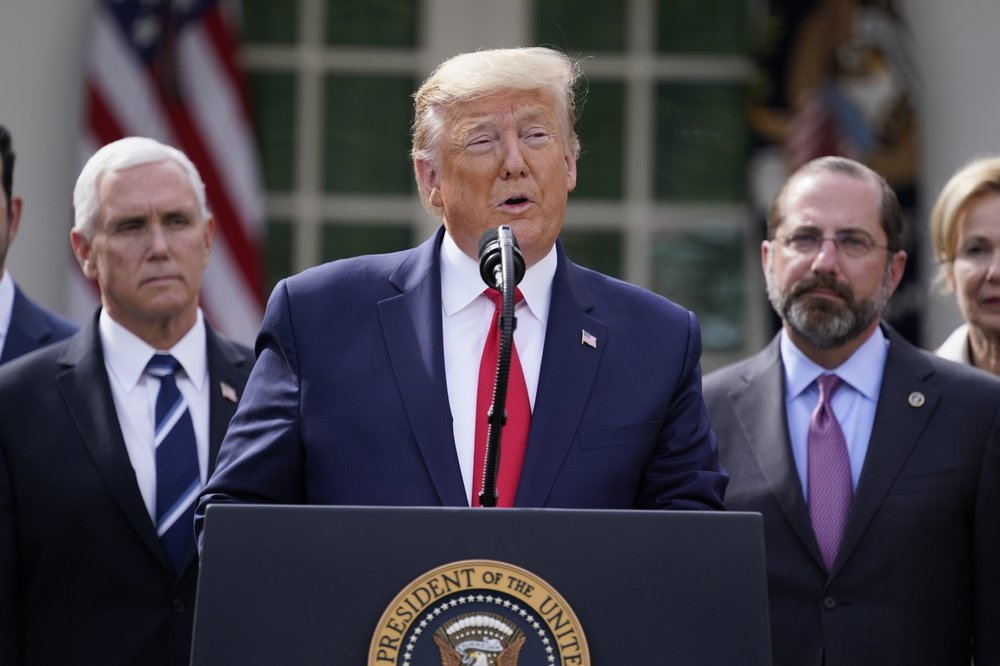 President Donald Trump speaks during a news conference about the coronavirus in the Rose Garden of the White House, Friday, March 13, 2020, in Washington. (Photo: AP)

Washington (People’s Daily) - US President Donald Trump declared a "national emergency" on Friday as the coronavirus continues to spread across the country.

President Trump said the move would free up $50 billion in additional funding. He also said the order would "confer broad new authorities" to Health and Human Services Secretary Alex Azar.

Secretary Azar will be able to "waive provisions of applicable laws and regulations to give doctors, hospitals, all hospitals, and healthcare providers maximum flexibility to respond to the virus," he said.

President Trump announced that private labs and vaccine developers will be able to provide 5 million tests within a month.

He also announced the administration will work to improve testing speed by expanding drive-through sites at some retailers, including Walmart and Target.

Dr Deborah Birx, member of the White House coronavirus task force also announced that the administration is working with Google to develop a website to help people find a place to get tested when in need.

“I’ve waived interest on all student loans held by federal government agencies, and that will be until further notice,” Trump said.

The President also said he has directed the Secretary of Energy “to purchase large quantities of crude oil for the US strategic reserves.”