Daily US virus death toll down sharply to 1,258: Johns Hopkins 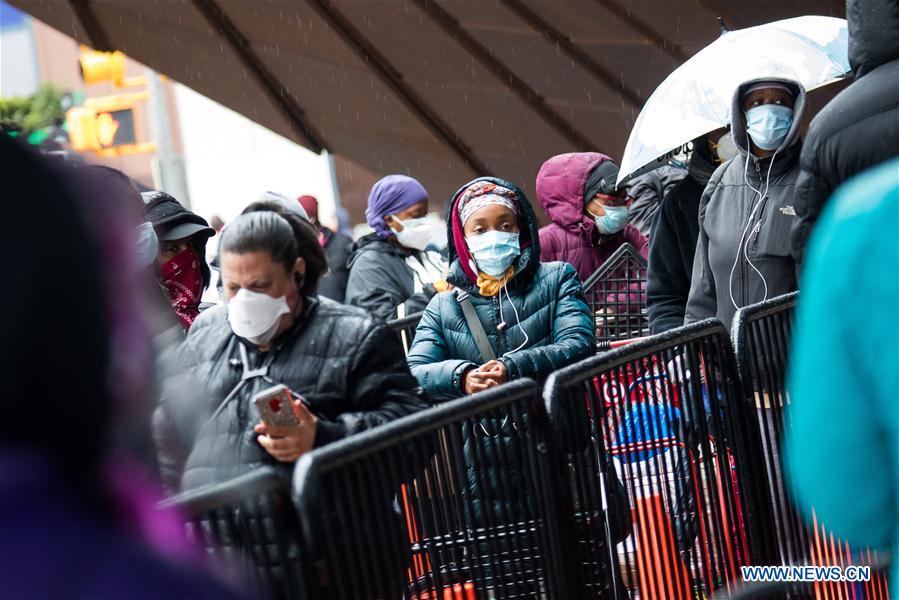 People wait in a line to pick up food at a food bank distribution site in the Brooklyn borough of New York, the United States, on April 24, 2020. (Photo: Xinhua)

The United States recorded 1,258 coronavirus deaths on Friday, the lowest daily toll in the country in nearly three weeks, according to a tracker maintained by Johns Hopkins University.

The United States is by far the hardest-hit country in the global pandemic, in terms of both confirmed infections and deaths.

Despite the sharp drop in the death toll, down from 3,176 on Thursday, health experts have said confirmation of a downward trend in the country's outbreak would require a sustained decline in cases and deaths.