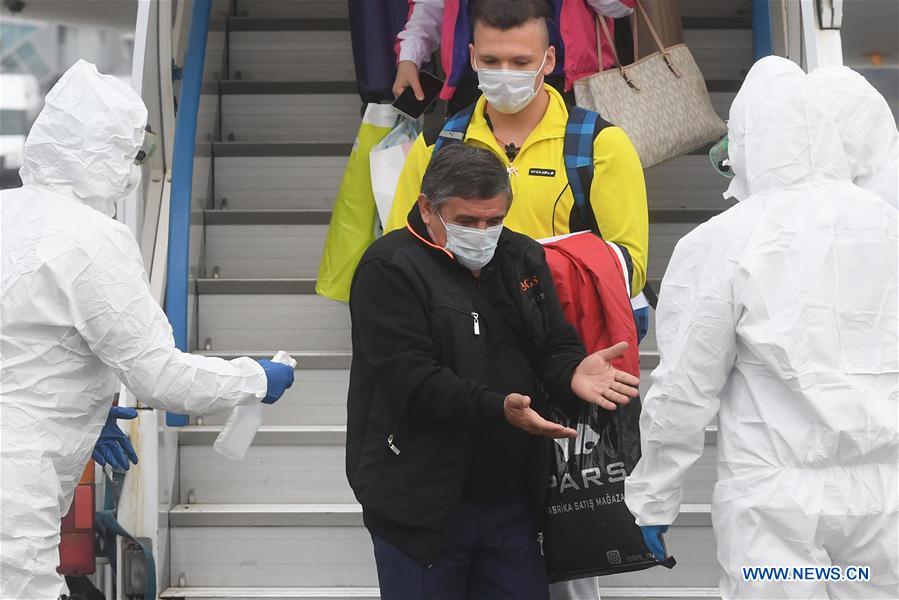 Staff members of Rospotrebnadzor, Russia's consumer rights and human well-being watchdog, spray disinfectant on hands of passengers upon their arrival at the airport of Kazan, Russia, April 21, 2020. (Photo: Xinhua)

MOSCOW, April 24 (Xinhua) -- Russia has reported 5,849 COVID-19 cases over the last 24 hours, taking its total to 68,622 as of Friday, the country's coronavirus response center said in a statement.
The daily increase rebounded to its second highest after slowing down for three consecutive days, while the peak was recorded at 6,060 on April 19, the center's data showed.
The death toll rose by 60 to 615, while 5,568 people have recovered, including 677 in the past 24 hours, the statement said.
Moscow, the country's worst-hit area, confirmed 2,957 new cases over the last 24 hours, taking its total to 36,897.   Russia's consumer rights and human well-being watchdog said in a statement on Friday that 161,657 people were under medical observation as of Thursday.
President Vladimir Putin said on Thursday that the country's most important task is to minimize the negative impact of COVID-19 and reduce socioeconomic losses.