OPINIONS Provocation to human civilization must be rejected

Provocation to human civilization must be rejected 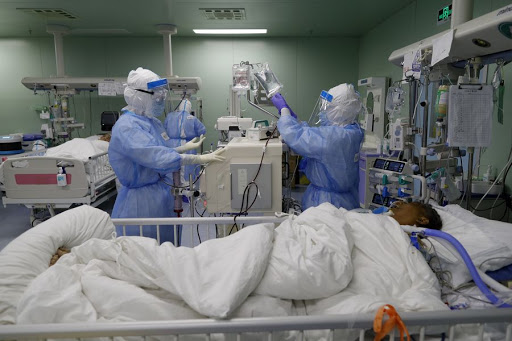 National emblem is the symbol of a sovereign country and is inviolable. By politicizing the pandemic and labeling the virus, the newspaper has discarded justice, broken through the bottom line of morality, and gravely hurt the feelings of the Chinese people. Such malicious conduct should never be tolerated.

Virus tracing is a rigorous and serious scientific issue that requires professional expertise. Since the outbreak of COVID-19, the World Health Organization (WHO) has repeatedly stressed that the novel coronavirus could have come from just about anywhere in the world.

In a research paper published on The Lancet recently, 16 global health law scholars warned that responses that are anchored in fear, misinformation, racism, and xenophobia will not save the world from outbreaks like COVID-19.

Disregarding the warnings of the WHO and the international health law scholars, and openly violating the International Health Regulations, the Australian newspaper did nothing but a shame.

Media reports should be based on facts and out of conscience. It is obvious to all that China has made active contributions in defending human rights to life and health. By always putting people’s lives first, the country has consolidated the sound momentum of epidemic prevention and control at home.

China actively participates in and propels international cooperation in the fight against the pandemic by adhering to the vision of building a community with a shared future for mankind and advocating the international humanitarian spirit.

Both its epidemic prevention and control achievements at home and its role in the global anti-pandemic cooperation are undeniable. Instead of reporting facts, the Australian newspaper called white black out of ideological prejudice, which revealed its lack of professional integrity.

The global war against COVID-19 is a race against deaths. Any conscientious and responsible media outlet should play a constructive role in promoting global cooperation in fighting the pandemic.

The Daily Telegraph newspaper disregarded the negotiations and condemnation of the Chinese Consulate-General in Sydney and repeatedly carried out malicious slander against China under the excuse of the pandemic.

On April 1, the Chinese Consulate-General in Sydney sent a letter to the newspaper, refuting its arrogant and prejudiced pandemic-related reports on China. However, the newspaper later played a similar trick in its reporting and published an article on April 23 saying the illustration of the Chinese national emblem was “excellent”, continuing to shamelessly discredit China and the Chinese people despite the condemnation from the Chinese Consulate General. It seems that the media outlet has chosen to stand on the opposite of objectiveness and fairness.

In February, the WHO announced the disease caused by the novel coronavirus would be called COVID-19, implicitly sending a reminder to those who had erroneously been associating the virus with Wuhan and China in their news coverage — including Nature, the editorial said.

“That we did so was an error on our part, for which we take responsibility and apologize,” it said.

Nature’s clarifying the error in a timely manner shows a responsibility. In contrast, the Daily Telegraph newspaper has exposed its narrow-minded psychology and dark intentions.

The racist remarks about the novel coronavirus and the consequent racial discrimination, racial contradictions, and racial conflicts are all blatant provocations against modern civilization that should be resisted by the international community. All responsible media in the world should firmly adhere to justice and jointly protect the basic values of human civilization.