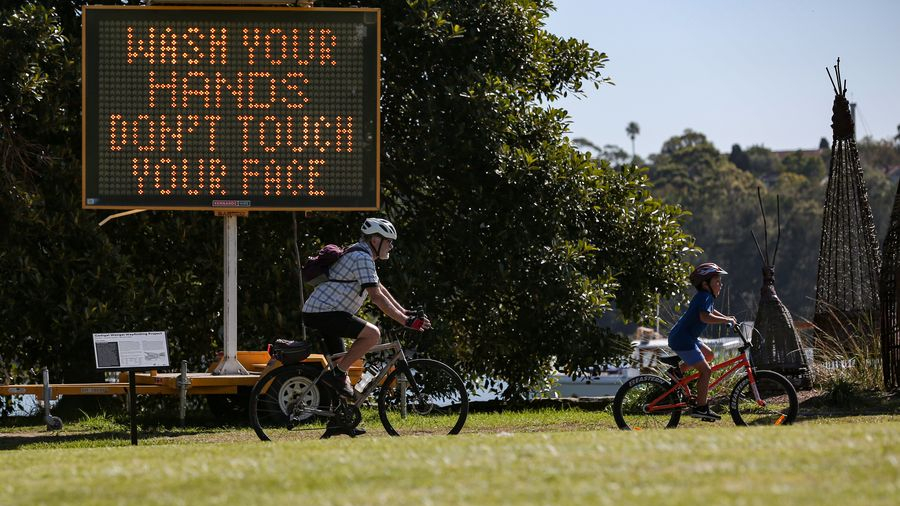 April 2020 was certainly an eventful month for bilateral relations between Australia and China. The latest development began on April 19 when Australia's foreign affairs minister called for an investigation into the origin of the COVID-19 pandemic without the involvement of the World Health Organization. These calls were upheld by many others in the Australian government.

A week later, Cheng Jingye, China's ambassador to Australia, was asked if there would be economic consequences if Australia continued to pursue the investigation.

The ambassador replied, "I don't think it would lead to anywhere because so far I don't think this has got any support." He made it clear that "it's up to the public, the people to decide. And also, maybe the ordinary people will think why they should drink Australian wine or eat Australian beef."

In spite of these seemingly benign responses, an Australian media frenzy erupted with several of the Ambassador's quotes being taken far out of context.

This entire episode raises some serious questions, but the accusations of "economic coercion" require special attention.

From experience, in local Australian trade, it is very common for a small business to accept less-than-ideal trading conditions when dealing with a large supermarket chain, since the latter has greater bargaining power. The use of this bargaining power is economic coercion. However, it is never referred to as such. In a capitalist culture like Australia, the use of bargaining power is viewed simply as good business, with the user often being praised for their success.

By this logic, at a national level, Australia should be praising China's rapid economic development rather than succumbing to unwarranted fears about its bargaining power. This is because unlike a large supermarket chain, the Chinese government has not implemented harsher trading conditions for Australian goods despite recent events.

Secondly, better trade relations with a growing economy like China's would lead to new markets and further opportunities for Australian businesses.

Of course, the risks of COVID-19 are well known due to the terrible loss of life amidst the pandemic and every precaution must still be taken. However, it is also important to remain vigilant in light of wild conspiracy theories originating from the U.S., a geopolitical rival of China, which Australia seems to follow without question.

This is exactly why it would be inappropriate for the U.S. or any of its allies to lead an investigation within sovereign Chinese borders. The risks of the objectivity of such an investigation being compromised are understandably high when considered in the context of America's incentive to maintain itself as a geopolitical power in the Pacific.

These risks became even clearer when U.S. Secretary of State Mike Pompeo made the extraordinary claim in a recent interview that "there is a significant amount of evidence that this (COVID-19) came from that laboratory in Wuhan." When the interviewer pointed out that this was not the conclusion reached by the relevant U.S. intelligence agencies, Pompeo contradicted his earlier statement by saying he still agreed with the findings of those agencies.

If this is the caliber of people in leadership positions in the U.S., it should come as no surprise why any reasonable person would be skeptical of a Western-led investigation into the origin of the COVID-19 pandemic.

Nonetheless, figures such as Pompeo and Trump continue to be popular amongst consumers of Australian news. This is largely due to the manner in which Australian media outlets report on China.

For instance, during a recent press conference, in response to questions from Will Glasgow, a reporter from The Australian (newspaper), China's Foreign Ministry Spokesperson Geng Shuang reiterated Ambassador Cheng's sentiments and added that if there was a reduction in Chinese purchases from Australia, it would be because "the Australian side's erroneous words and deeds recently have upset the Chinese people." Glasgow replied, "I don't trust these online comments. They can be made up."

Furthermore, Glasgow's questions took on a theme of almost attempting to justify the Australian government's proposal for an investigation into the origin of the pandemic, which Geng called out.

Additionally, Glasgow's suggestions, that the online Chinese comments regarding this investigation "can be made up," do little to inform the Australian public. In fact, some readers are even likely to be misled about China and its efforts in the fight against the virus.

It is this kind of reporting that maintains Australia's loyalty to the U.S. and likewise, its cynicism towards China.