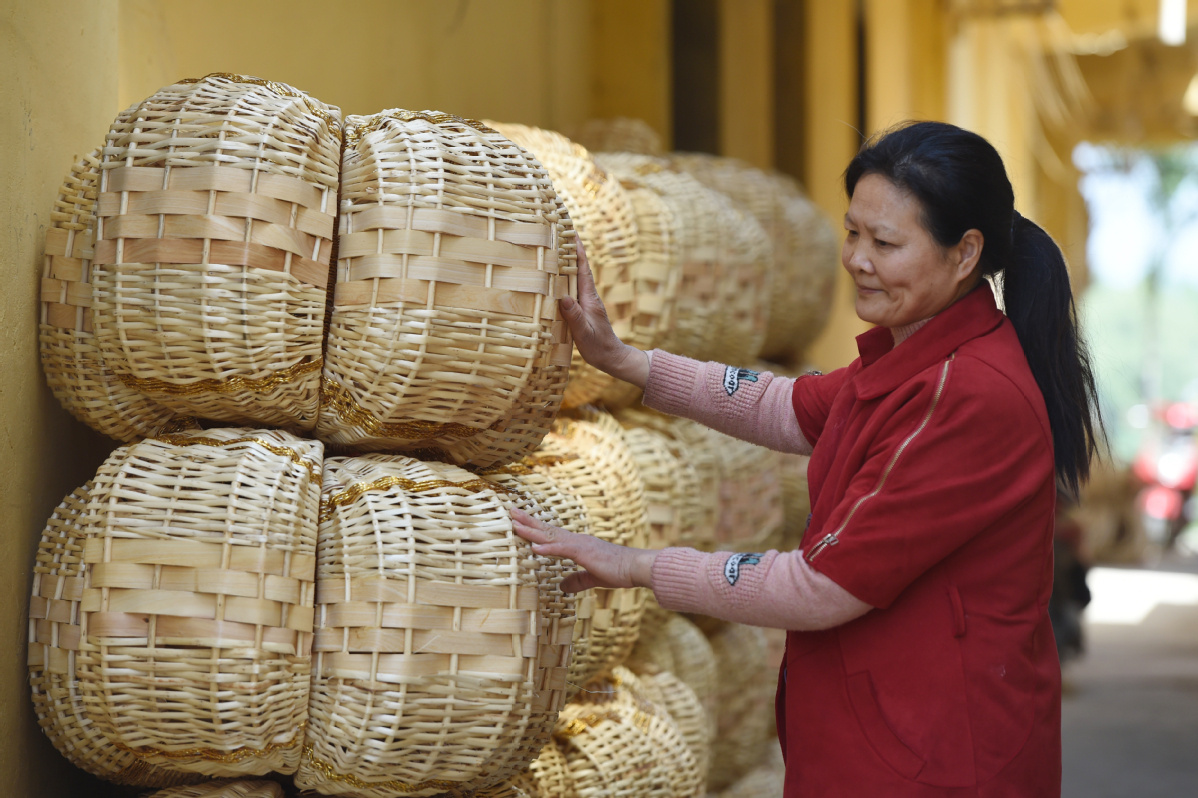 A villager tidies up wickerwork products at her workshop in Funan. (Photo: Xinhua)

HEFEI－When she was a child, perennial flooding of the Huaihe River made it difficult for Zhang Chaoling and her family to earn a living from the land.

The flooding in Funan county, Anhui province, inundated agricultural land and destroyed crops, but the moist soil was an ideal environment for willow trees to flourish. "The land is largely covered by silt because of continual flooding in the past. It's an ideal place to plant willows and make wickerwork," said Zhang, who now runs a thriving business in her hometown

But when she was younger, Zhang saw no financial opportunity in the willows perched on the banks of the Huaihe River, China's sixth-largest waterway, which is prone to flooding and changing its path.

She left her hometown for Guangzhou, Guangdong province, in 1993 and found a job in a garment factory.

A few years later, she founded a trading company with her husband in Guangzhou, selling wickerwork products from her hometown for export.

Funan is famous for its intricate wickerwork. Skilled craftsmen traditionally use local willow to weave products such as baskets, furniture and home decorations. The 500-year-old craft was placed on the national intangible cultural heritage list in 2011.

Zhang's business kept growing over the years as global demand grew due to the wickerwork's aesthetic appeal and its environmentally friendly status.

Zhang eventually returned to Funan county and by 2011 had established a wickerwork factory in her hometown.

"No matter how much money we made in Guangzhou, we were not making a contribution to the development of our hometown," she said. "The flooding is well controlled now. I remember the last huge flood was in 2007."

Her company has taken advantage of the fertile land along the Huaihe River, and planted a swath of willow trees, covering 133 hectares. It employs hundreds of local people who are mostly in their 50s and 60s.