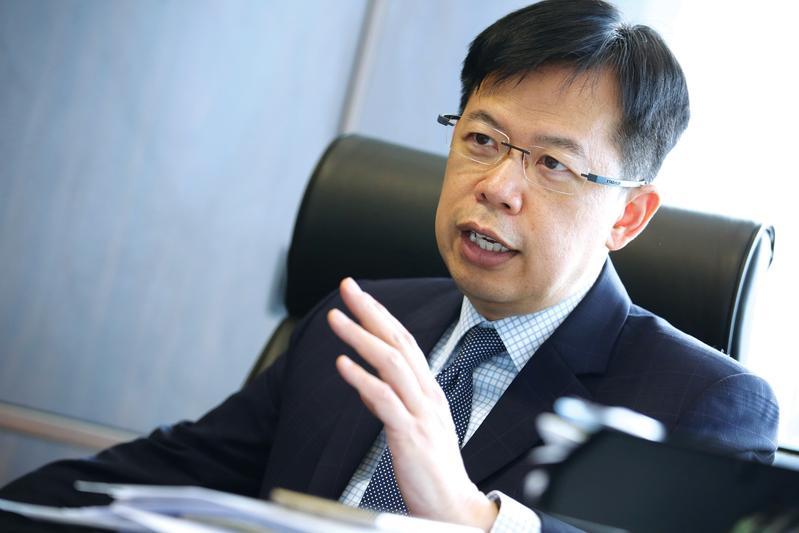 Chan Chun-ying, the banking-sector legislator, said Hong Kong's economy will see a slow rebound after the pandemic, as Hong Kong people's desire to spend will gradually return after being "restricted" for several months.

But Chan said that it will not be a quick, robust V-shaped recovery like the one after the SARS epidemic in 2003.

"In 2003, we saw an economic recovery after just a few months in the third quarter with the consent from the central authorities to introduce the Frequent Travellers Scheme to benefit the travel, retail and hotel sectors in Hong Kong.

"Yet I can't see that a recovery will happen in the third or fourth quarter or in 2021. It may take a few years to get back to the economic dynamics of 2018 or the first half of 2019," he said during a face-to-face interview with China Daily on Wednesday.

He attributed the expected slow recovery to the double blow dealt to Hong Kong by the social unrest last year and the novel coronavirus — and both those coming as the city was caught in the crossfire of the Sino-US trade war.

The economy will recover even more slowly if protest violence returns to the city, Chan said.

"Unfortunately, there are sporadic illegal activities such blocking roads and pro-independence gatherings at shopping malls occurring. That will scare citizens and harm the retail sector. I fear that will continue to happen until the Legislative Council election in September."

During the past Labor Day holiday, groups of radicals flouted a social-gathering ban related to the COVID-19 pandemic, staging illegal assemblies and hurling gasoline bombs at police vehicles.

While expressing concerns over a slow economy, Chan spoke highly of the Hong Kong government's initiatives to weather the economic crisis.

In particular, he said the two government-launched rounds of Anti-epidemic Fund payments totaling HK$167.5 billion (US$21.6 billion), together with other relief programs, can help many businesses survive under the dire situation, but added that the government fund cannot cover each and every sector.

COVID-19 has affected almost every sector in Hong Kong, with travel, retail, catering and hotel sectors being the biggest victims, and Chan praised the introduction of the Anti-epidemic Fund, which has helped them.

Relief measures in the 2020-21 budget, including the HK$10,000 cash payout per adult, cost HK$120 billion. Altogether, the total relief spending is HK$287.5 billion after HK$30 billion for the first round of Anti-epidemic Fund payments, in February, and HK$137.5 billion for the second round, in April.

"This is really huge spending," he said. "Last year, our GDP was around HK$2.8 trillion, whereas the value of the relief package is over 10 percent of it. Singapore has launched four rounds of relief measures that cost them 11 percent of their GDP," he said.

Chan is aware of complaints from some businesses that they were not covered by the Anti-epidemic Fund. It is not easy for the government to cover all sectors, but he guesses individuals may benefit from other concession programs and the HK$10,000-per-person cash payout.

Chan, an adviser to Bank of China (Hong Kong), highlighted a repayment holiday program, initiated by Bank of China and run by most banks, that allows clients to repay the interest only and delay paying back the principal for up to 12 months.

"The plan will give business owners the biggest cash flow to pay rents and staff wages. It has proved very popular, and to date, tens of thousands of enterprises have applied and had their applications approved," he said.

It is necessary to watch the retail market, he said. If people's confidence returns, they will spend freely, and the retail business will be good. Otherwise, the government may need to launch a third round of Anti-epidemic Fund spending.

He also suggests the government issue "consumption coupons", like Macao and some mainland cities, to stimulate consumption and generate the "multiplying effect". The value may be HK$2,000 to HK$3,000, and the coupons are designated for consumption only within a period of time so people must spend it and cannot save the money.