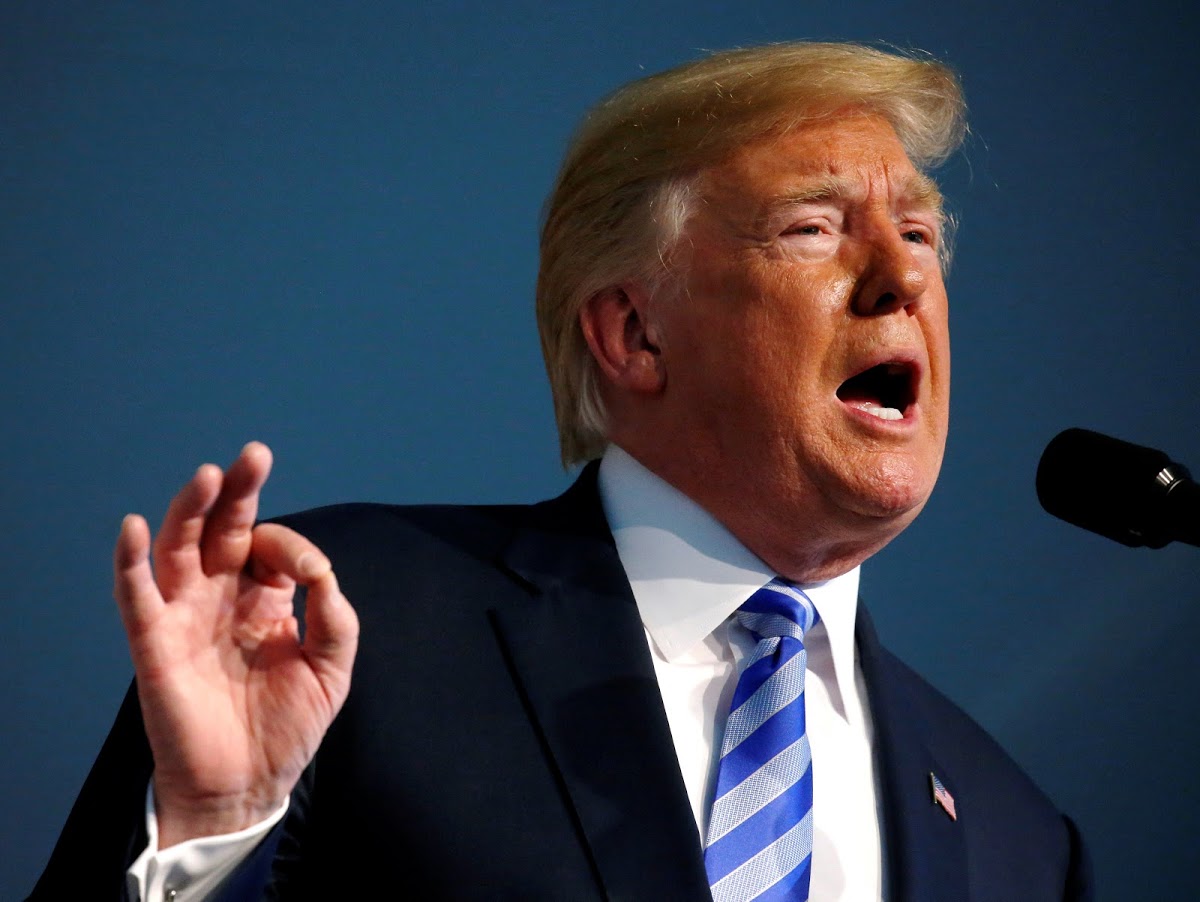 U.S. President Donald Trump on Friday said the killing of Ahmaud Arbery, a young black man from the state of Georgia who was shot dead while jogging unarmed, was "a very disturbing situation."

Trump said on "Fox & Friends" Friday morning that he had watched the video capturing the moment the 25-year-old was fatally shot, which has gone viral and triggered nationwide outrage over racial inequity.

"I looked at a picture of that young man," Trump said of Arbery. "That looks like a really good young guy, and it's a very disturbing situation to me. And I just, my heart goes out to the parents, and the family, and the friends."

"It's a heartbreaking thing. Very rough stuff," he added.

On Thursday, Trump told reporters that he would receive a full report on the murder case.

The Georgia Bureau of Investigation (GBI) said in a release Thursday that it had arrested Gregory McMichael, 64, and his 34-year-old son Travis McMichael for the death of Arbery. The McMichaels, both white, were charged with murder and aggravated assault.

According to the release, the McMichaels approached Arbery in Brunswick, Georgia, on Feb. 23 with two firearms, before the younger McMichael shot and killed Arbery.

A video that circulated on social media this week showed two men approaching a young black man jogging on the street. Gunshots could be heard after a brief interaction, and the black man fell to the ground afterwards.

The GBI said in the release that the footage is "related to Arbery's death," and that it was investigating the video at the request of the Glynn County Police Department.

According to a police report cited by U.S. media, Gregory McMichael, a retired police detective, saw Arbery jogging and thought he was a suspect in a series of break-ins in the neighborhood. He then called his son, and they armed themselves with a handgun and a shotgun, respectively, and chased Arbery in a truck.

Gregory McMichael told the Washington Post shortly before he was arrested that "there are many, many facts out there that have not come to light," and that "this is all based on the video and newspaper story. All the stuff that led up to that still hasn't been released."

The video triggered widespread outrage over racial inequity in the United States.

Presumptive Democratic presidential nominee Joe Biden compared the case to a lynching "before our very eyes" and said it exemplified the "rising pandemic of hate" in the country. Georgia Governor Brian Kemp, a Republican, called the incident "absolutely horrific."

"Justice getting done is the thing that solves that problem," Trump said on "Fox & Friends," adding he believed Kemp and the state law enforcement would properly handle the situation.

The grand juries in Georgia are temporarily suspended due to the coronavirus outbreak, and a statewide moratorium on judicial proceedings has been extended until June 12, which means that Arbery's case will not be heard for at least one month.