Over 17 tonnes of smuggled meat seized in China's border province 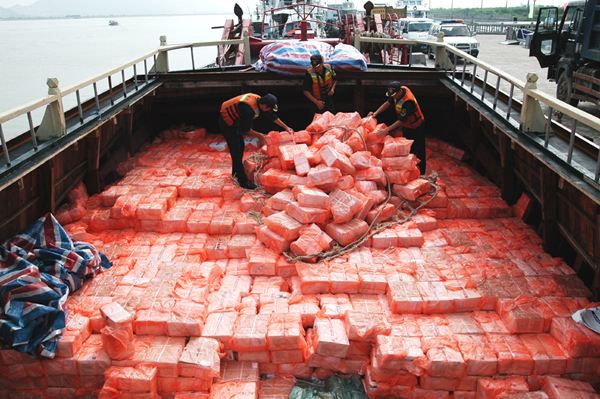 After receiving a tip-off on April 16, police in Longyang district in the China-Myanmar border city of Baoshan inspected two suspected trucks in a local parking lot. Police officers checked the trucks and found a large amount of meat. Both drivers were unable to provide legal certificates for the meat.

Further investigation into the case is underway. Enditem