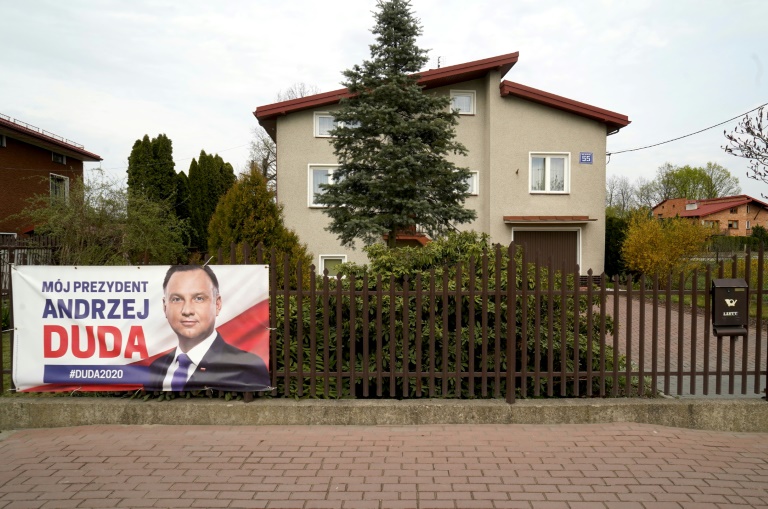 Poland has found itself in the bizarre 'Twilight Zone' predicament in which the presidential election is formally neither postponed nor canceled. (Photo: AFP)

Poland's election day Sunday will be one for the history books as polling stations remain closed and turnout will clock in at zero due to a political crisis set off by the coronavirus pandemic.

The EU member of 38 million people has found itself in the bizarre "Twilight Zone" predicament in which the presidential ballot is formally neither postponed nor canceled, because the government and opposition were unable to agree on a constitutional and safe solution.

The government "should have declared a natural disaster to lawfully postpone the election" under the constitution.

The right-wing Law and Justice (PiS) party have explained away its refusal to do so by saying Poland's coronavirus situation is not severe enough to warrant the move.

The party has also implied that were it to declare a natural disaster, multinational corporations present in Poland would claim huge sums in compensation that the state would be hard-pressed to pay.

But the liberal opposition and many observers also see another rationale for why the government was set on the May 10 date, despite opinion surveys showing that three out of four Poles wanted a deferral.

The opposition, which has long called for a delay over concerns that a free, fair, and safe election is impossible under lockdown, believes the PiS wants the ballot held as soon as possible so that its ally and incumbent Andrzej Duda wins.

The president is the current frontrunner and could secure a second term in the first round with 50 percent of the vote, but his support would likely drop once the economic effects of the pandemic are felt.

Last month, the PiS-controlled parliament passed a law stating the election would be held by postal vote only in a bid to quiet health concerns while maintaining the date.

But the opposition-controlled senate sat on the legislation for weeks before rejecting it, leaving the government no time to organise the election.

On Wednesday, the PiS and its allied Agreement party announced that the poll would be declared null and void after the fact.

"After the May 10, 2020 date passes and the Supreme Court annuls the election as expected in light of the fact that the vote will not have taken place, the speaker of parliament will announce a new presidential election for the first available date," they said in a statement.