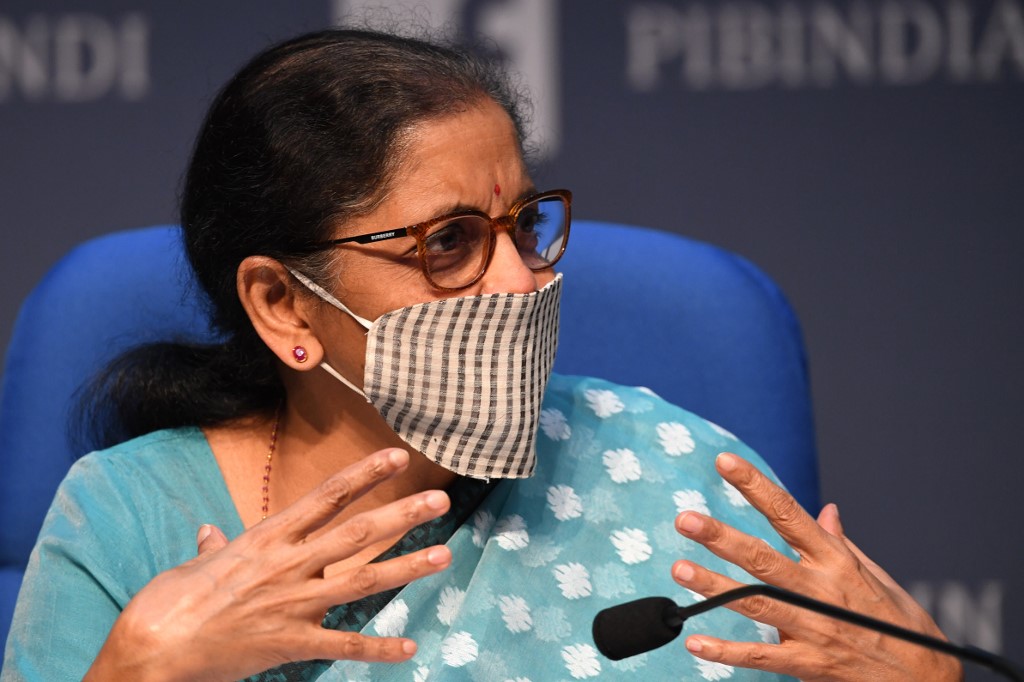 India's Finance Minister Nirmala Sitharaman speaks during a news conference in New Delhi on May 13, 2020. Photo by AFP

In a big decision to boost the MSMEs, collateral-free automatic loans worth 300,000 crores Indian Rupees (around 40 billion US dollars) would be given to as many as 4.5 million MSME units, in a bid to safeguard thousands of jobs.

"No fresh collateral securities will be required from such enterprises to avail this loan, and this would be a four-year term loan," added the finance minister.

A separate sum of 20,000 crore Indian Rupees (around 2.7 billion US dollars) has been earmarked for the stressed MSME units. "Around 200,000 MSME units which faced stress during the lockdown for want of equity would be given this sum," Sitharaman added.

According to her, a "Fund of Funds" amounting 50,000 crore Indian Rupees (around 6.7 billion US dollars) will be provided to those MSMEs which have the potential and viability for expansion.

In order to help the MSMEs in selling their products, they will be provided e-market access in case they are not able to participate in trade fairs and exhibitions.

The tax amount on non-salary incomes like professional fee, commission, brokerage, etc. has been reduced by 25 percent.