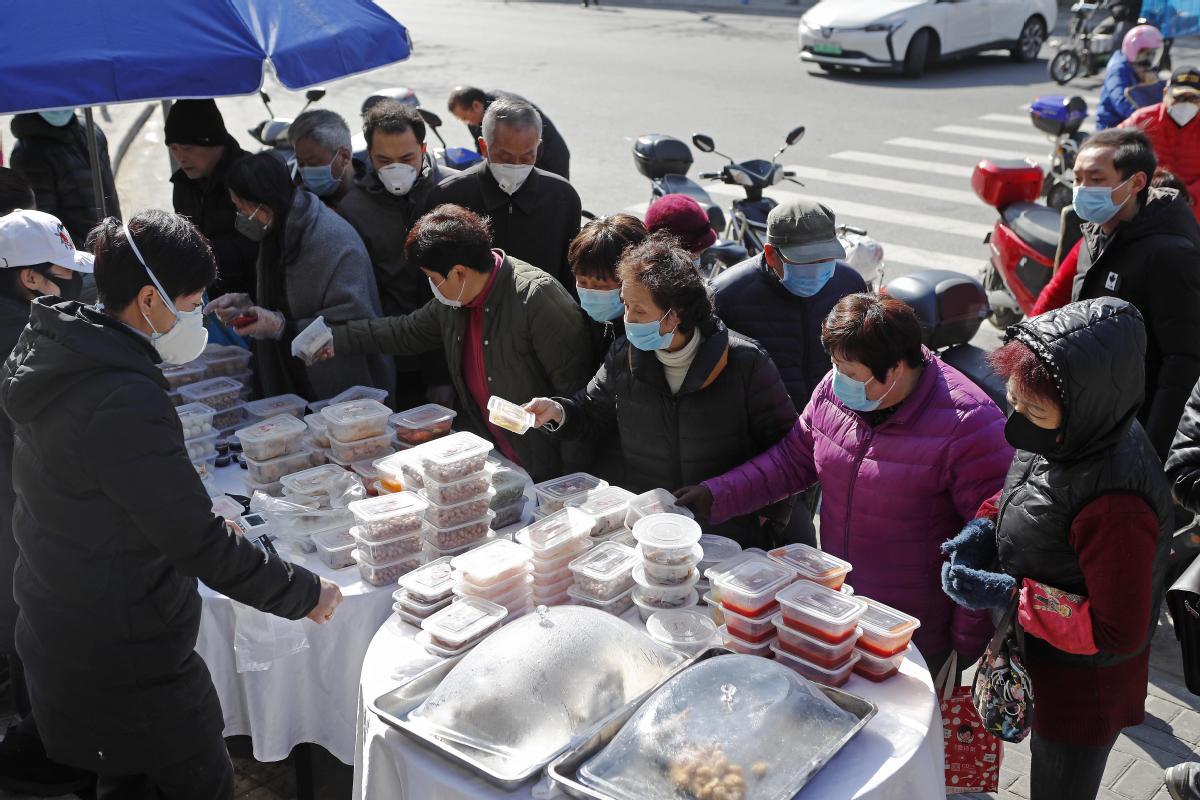 More Chinese consumers are showing an increasing appetite for prepackaged foods after long periods of self-isolation at home due to the coronavirus epidemic, and ready-to-eat meals prepared by restaurants and delivered to homes are seeing rapid growth.

After such dishes are cooked, they are quickly frozen and vacuum-packed. Then, when dinnertime rolls around, it only requires a simple reheating, which is suitable for consumers who do not want to order takeout food or aren't interested in cooking full meals, but relish original tastes from their favorite restaurants.

Missfresh said for its ready-to-eat meals made by renowned restaurants, daily sales revenue reaches as high as millions of yuan in 20 cities nationwide.

"We have a large number of customers who were born between the 1970s and 1990s. They are not afraid to try something new and would like to eat healthy and high-quality foods at home. But many of them lack time and sufficient cooking skills, and have become the target consumer group for ready-to-eat meals," said Xiao Yungui, director of the self-operated fresh food unit at Missfresh.

The company said that more than two years ago, it tried to cooperate with suppliers with central kitchens to develop ready-to-eat dishes, but it felt the timing of the move was premature as most consumers didn't have sufficient recognition of the service.

"Things are changing fast. The unexpected epidemic this year has quickly boosted sales. It has made us believe in the necessity of providing more ready-to-eat meals for consumers," Xiao said.

Sun Zhigang, director of ready-to-eat meals at Xibei Group, said the taste and texture of dishes like stewed beef will hold up well, comparable in quality to being served fresh at restaurants. Semi-cooked meals have also become a new category in addition to dining in and takeout, and Xibei will continue developing the business.

A survey found more than 60 percent of restaurants in China have plans to focus on retail catering after the pandemic is over. Particularly, large-scale chain restaurants boast mature food supply chains and innovation capability for their dishes. The reputations of their brick-and-mortar restaurants help promote business, according to a report by China Chain Store& Franchise Association.

In addition, more than 74 percent of chain restaurants in the country have established their own central kitchens, and more than half are developing standard cooked or semi-cooked foods. Such foods usually have shorter quality guarantee periods, and thus have high requirements for cold storage and coldchain logistics, the report said. 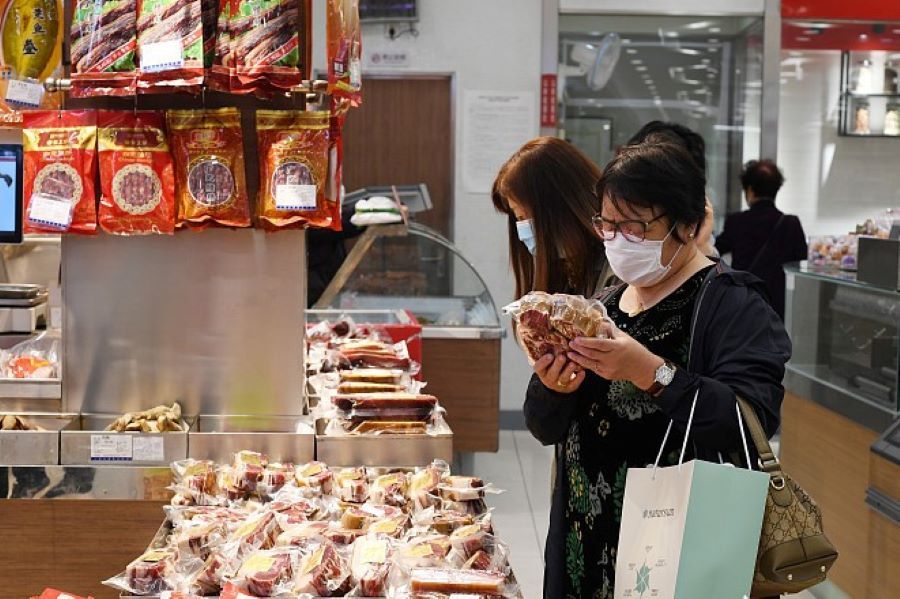 A citizen buys semi-prepared food in a market in Shanghai, on April 29, 2020. [Photo provided to China Daily]

For instance, Walmart launched Shanghai Min's hot-selling meatballs braised in soy sauce. Consumers will be able to order the dish online and it can be delivered the next day and only requires simple heating at home.

During the week of April 6-12, semi-cooked meals from chain restaurants at Walmart in China saw a sales increase of 60 percent week-on-week. Ready-to-eat dishes have been available in major cities such as Beijing, Shanghai, Guangzhou and Shenzhen in Guangdong province, and Hangzhou, Zhejiang province, according to the company.

"Raising the proportion of convenient meals at Walmart is one of our long-term strategies. Young consumers have begun to dominate family life and become main shoppers. There will be growing demand for convenient foods in China, and COVID-19－which forced more people to stay at home－has sped up the process," said Stephen Xie, vice-president of hypermarket fresh merchandising at Walmart China.

"Next, we will cooperate with more high-quality restaurants, and develop more convenient food," he said.

Currently, Walmart has 19 distribution centers nationwide, and it is making more investments in building better supply chains. In the next decade, the supermarket chain plans to build another 10 new distribution centers or upgrade existing ones to meet demand for fresh food among Chinese consumers.

"The long-lasting epidemic has shifted habits among some people who used to eat out, and they are unlikely to eat at restaurants quite often even when the pandemic is over. With more high-quality and diversified ready-to-eat meals offered by different restaurants, such meals have become more formal, healthy and high-end," said Neil Wang, president of consultancy Frost & Sullivan China.

"Ready-to-eat meals will have a considerable growth potential as they are easy to store and will save time for city dwellers who have fast-paced lives. The industrial mass production of such meals will further lower costs and drive growth," Wang said.

Chinese supermarket chain Wumart has introduced mini stores of Meizhou Dongpo at five of its supermarkets in Beijing. In addition, the two sides launched livestreaming sessions to help sell dishes.

Another Beijing-based supermarket chain Chaoshifa said it has discussed business opportunities with chain restaurants such as Meizhou Dongpo, South Beauty and Hua's Restaurant.

Currently, sales of the top 100 catering firms in China account for less than 7 percent of the total, while the proportion is 30 percent in mature overseas markets where ready-to-eat meals are a must for many chain restaurants, according to industry reports.