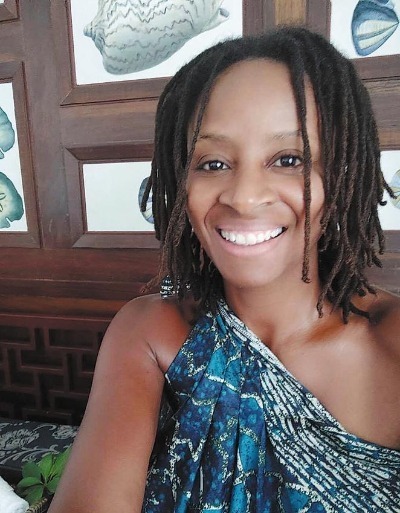 An outbreak of a new virus was so severe that China's Lunar New Year celebrations were canceled and quarantine measures tough enough to take on this deadly pestilence, and save millions of lives, were quickly rolled out. China is doing a superb job of taking care of us all－including people of African descent.

In my experience as an African-American mother with twin boys, we have felt the love of China and the Chinese people since I came here three years ago to teach. During the early months of the COVID-19 pandemic, my boys and I developed closer relationships with the people in our community, especially our Chinese neighbors, as we lived through a time unlike any other we have lived through before. We stood by each other united, especially when it was unclear what exactly this virus was able to do. We knew it was serious and needed to be dealt with in the most careful manner.

Luckily, we didn't have to deal with the misinformation that has become commonplace, such as the President of the United States, Donald Trump's "sarcastic" suggestion during a national press conference on April 24 that the injection of lethal disinfectants may be a cure.

We also did not have to deal with reckless leadership as displayed by Carolyn Goodman, the mayor of Las Vegas in her CNN interview with Anderson Cooper on April 23, where she advocated for casinos, restaurants, and entertainment venues to reopen.

Day by day, my life in China lets me know how very unfair and untrue stories which depict China as anything other than a country seeking harmony, not hegemony, are, and that it is fearless when attempting to save lives. Experiencing such care during this time, yet witnessing so many US media outlets paint pictures that do not reflect the reality here on the ground makes me question a lot.

Here in China, we received a wealth of information through Chinese social and traditional media, 24 hours a day, with regard to the severity of the pandemic. With every new discovery, information was shared immediately throughout the country and with international experts: the rising infection rates, the science behind the virus, and what precautions to take at home.

Against this background of daily alerts, my Chinese neighbors and I established a practice that has grown since the early days of COVID-19 to cook food for each other as a replacement to going to restaurants. Our kids play together nearly every day and we are closer than we've ever been before. We shared this experience and came out better, kinder people. I have heard many similar stories of Chinese neighbors reaching out to foreigners to see how they were doing, buying them food and showing love. This is the China that I know and adore.

Two incidents in April, one involving Africans disregarding the quarantine regulations to eat at a popular restaurant and the other involving a Nigerian man attacking a Chinese nurse, sparked the misunderstandings from the Chinese side but were notably underreported by American media outlets.

However, numerous one-sided and often false accounts of racist attacks by Chinese people on Africans in Guangzhou, Guangdong province, were widely circulating around the world on many traditional and social media platforms, including major news networks. We need to see things from both perspectives. Are we allowing the poor behavior of a few represent entire groups of ethnicities, peoples or nations? The foolish actions of a few people (both Chinese and African) cannot steal the beauty of this time where we all, Chinese and foreigners alike, stood our ground in China and united against COVID-19.

What happened after this situation? The Chinese government stepped in soon and swiftly dealt with the matter and confirmed that China does not tolerate any form of racial discrimination or prejudice. The government organized quarantine hotels and meals for all citizens as well as foreigners, free of charge until March 16. Everyone who comes to China has to abide by Chinese law and the emergency pandemic response regulations, just like people have to follow the laws of any country they visit or stay in.

Detailed anti-discrimination measures, reported on May 4 by Global Times, have been introduced to stop discrimination against foreigners living in Guangdong, including a 24-hour consultation hotline service for foreigners.

The Chinese government has stepped in to clarify the situation immediately; it is time to move on to other topics. Paying further attention to an incident that has been dealt with promptly and fairly is not a good use of time. Let us pay attention to ways through which we can strengthen the ties between the people of China and the people of African descent. It is time for the citizenry of the world to get to know each other beyond the mutual benefits of business. I, for one, am moving forward with positivity.

We should take this opportunity to build an improved version of what came before the pandemic began. This way all those who have lost their lives will not have done so in vain. Systems of governance around the world, arguably, need to be updated and improved. We can build on this experience, illuminate the positive, and work to eradicate and eliminate that which does not belong in a collaborative, empowering, life affirming, compassionate and tolerant world. Let us treat our world as a sacred space for healing and communion.