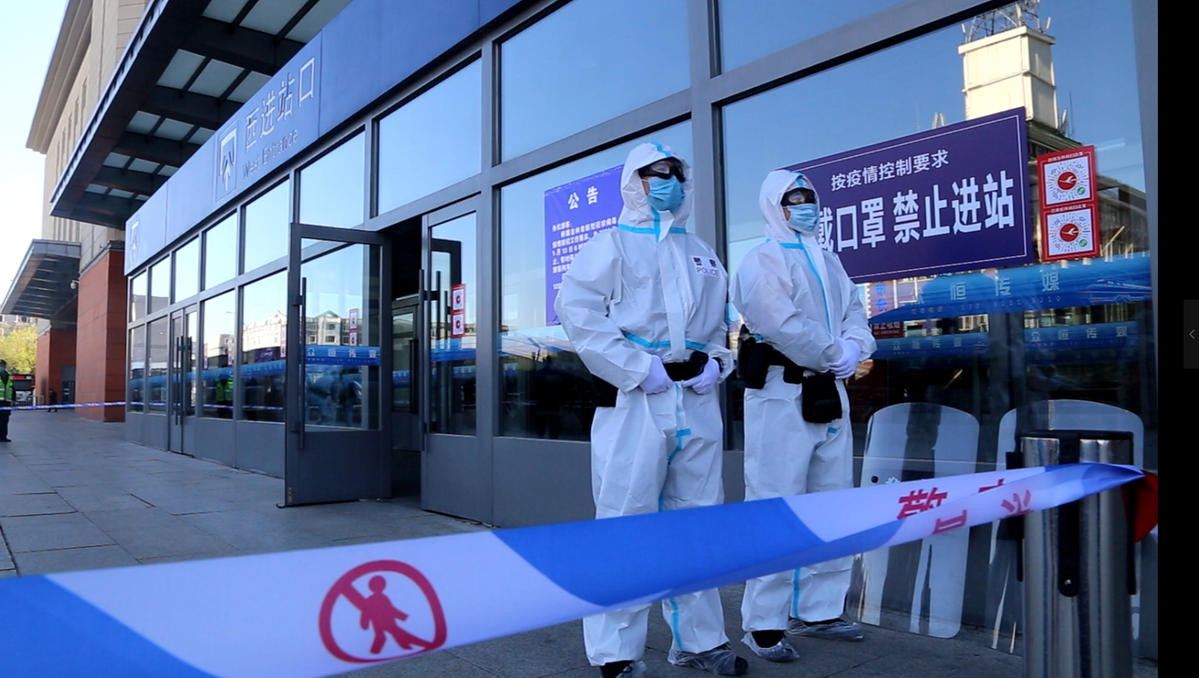 The Jilin Railway Station is closed temporarily on Wednesday in the aftermath of COVID-19 cluster infections. (Photo: chinadaily.com.cn)

Jilin city, Jilin province, is stepping up efforts to identify the source of a new cluster of COVID-19 infections that had risen to 26 cases as of Friday morning, a senior city official said at a news conference.

A thorough screening would be conducted in the city's communities and departments to find all close contacts of the infected people — both those who had returned to Jilin from overseas and those who had traveled to high-risk areas, Yang Limin, the city's deputy secretary-general, said during a news conference on Friday.

"We screened out 5,568 people who had contact with the infections and traced 686 close contacts of the 26 people who were confirmed," Yang said. "All involved have been put under medical observation and quarantine."

Yang said the city had also improved its testing capabilities and could test for the novel coronavirus to the greatest extent possible. A mobile P3-level biosafety laboratory was established in Shulan, Jilin province, by researchers dispatched from the National Health Commission on Wednesday night.

Shulan, a county-level city under Jilin city's jurisdiction, is the only place on the Chinese mainland now categorized as a high-risk area. The lab had completed 2,217 tests as of 8 am on Friday, Yang said.

Regional medical workers in the city and researchers at the national level had collected 13,166 samples for testing across the city and completed 6,195 between midnight Wednesday and Friday morning. Among the test samples 5,012 are from Shulan, Yang added.

Jilin city reported four new locally transmitted cases on Thursday and two of the newly added ones were confirmed in Shulan.

As of Thursday, Jilin city had announced a total of 119 domestically confirmed novel coronavirus cases, with 92 of the patients released from the hospital, according to a notice from the city's health department on Friday.

The notice also included detailed information about the four newly confirmed cases, including residence information and how the people had been found positive for the virus.

On Thursday, the disease prevention and control leading group in Shulan issued an emergency notice urgently seeking residents who had gone to the Qinghua bathhouse between April 1 and May 6. It instructed anyone who had been to the bathhouse to quarantine themselves at home for 21 days and report to their local communities before May 16.

The bathhouse is believed to be close to a community where many infected people in the recent cluster had lived or visited, according to media reports. The community is also about 800 meters from the railway station.