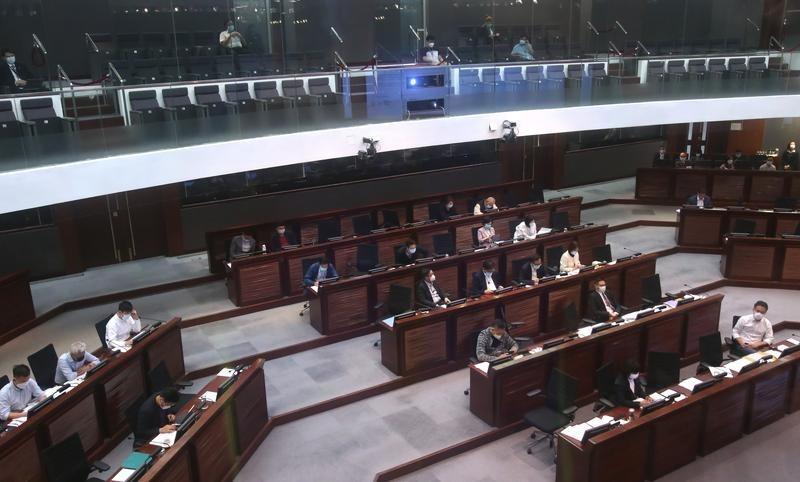 HONG KONG - Hong Kong Legislative Council's president announced on Friday that next Monday's meeting to elect the chairperson of the House Committee will be presided over by Finance Committee chairman Chan Kin-por in place of opposition member Dennis Kwok Wing-hang.

Kwok has been widely criticized for indulging his fellow opposition members to filibuster the election process for more than six months in 17 meetings, resulting in the holding up of many important bills.

Meeting the press, LegCo President Andrew Leung Kwan-yuen said legislators would be asked to cast their votes on the election of the House Committee chairperson in Monday's meeting instead of discussing issues relating to procedures or bills.

Leung stressed that as president, he is obliged to ensure the leg-islature's smooth operation.

Such arrangement, which only applies to this particular occasion, is the most effective and convenient way to address the current gridlock, Leung said.

At a special meeting held last Friday to resolve the deadlock, some opposition legislators scuffled with pro-establishment lawmakers and security guards.

Leung said he made the decision with power granted by article 92 of the Rules of Procedure, a major guideline of LegCo operation.

According to the article, for matters not stipulated by the rules, the president may decide, if he thinks fit, to take reference of the practice of other legislatures.

Leung said his decision was based on the legal advice offered by barristers David Pannick and Anthony Chan.

Leung explained that Chan Kin-por has the experience chairing Finance Committee meetings, which have a similar number of members as the House Committee. He believed Chan is a suitable person to chair Monday's election.