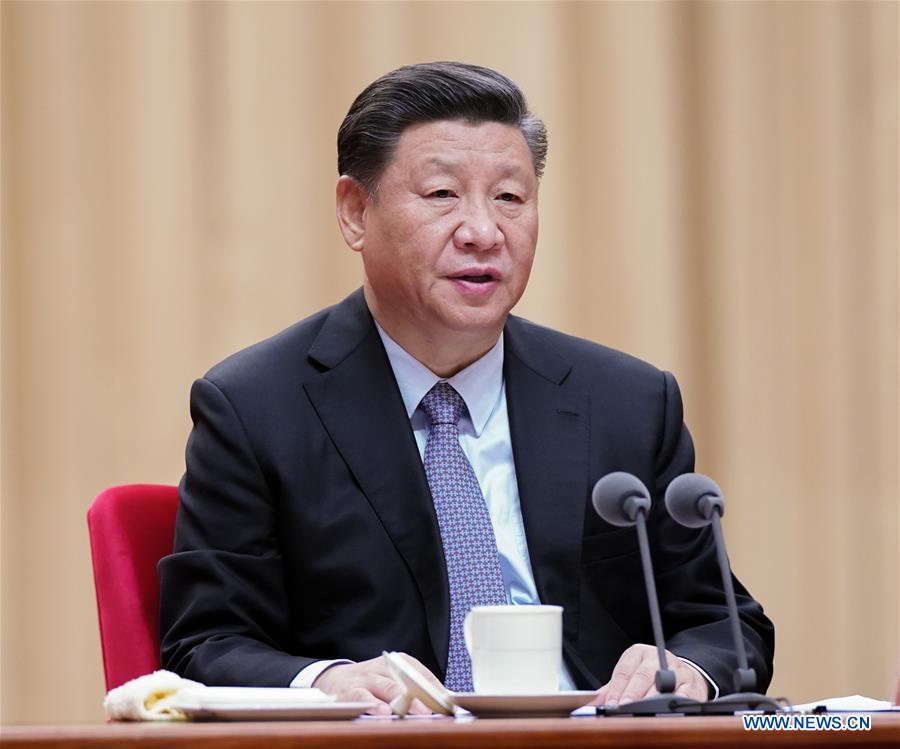 BEIJING, May 15 (Xinhua) -- The Political Bureau of the Communist Party of China (CPC) Central Committee on Friday held a meeting to discuss the draft government work report, which will be submitted by the State Council to the third annual session of the 13th National People's Congress for deliberation and approval.

Despite multiple challenges China faced in its development last year, the CPC Central Committee with Comrade Xi Jinping at its core has rallied and led Chinese people of all ethnic groups to achieve the major annual targets and lay a decisive foundation for completing the building of a moderately prosperous society in all respects, the meeting said.

Since the outbreak of COVID-19, the CPC Central Committee has been regarding epidemic prevention and control as the top priority, the meeting said.

Putting people's lives and health on the top of the priority list, General Secretary Xi Jinping has led the whole Party, army and people of all ethnic groups to fight a war against the epidemic, through personal command and deployment.

Through arduous efforts, decisive results have been achieved in the fight against COVID-19 to protect the hard-hit Hubei Province and its capital city Wuhan, the meeting said, adding that major strategic achievements have been made in curbing the spread of the virus, with positive results in coordinating the epidemic control and economic and social development.

China is facing unprecedented challenges as the global pandemic and economic situations remain grim and complex, the meeting said.

Going forward, attendees at the meeting called for unremitting efforts in implementing regular epidemic prevention and control measures this year, while striving to deliver a good performance in all areas of economic and social development.

The country should roll out stronger macro policies to stabilize enterprises' development and ensure employment, and should rely on reforms to stimulate market entities' vitality and foster new growth drivers.

China will advance opening-up to a higher level and stabilize the foreign trade and investment, and strive to achieve this year's economic and social development goals, the meeting said.