Belt and Road Initiative is a beacon for gloomy global recovery 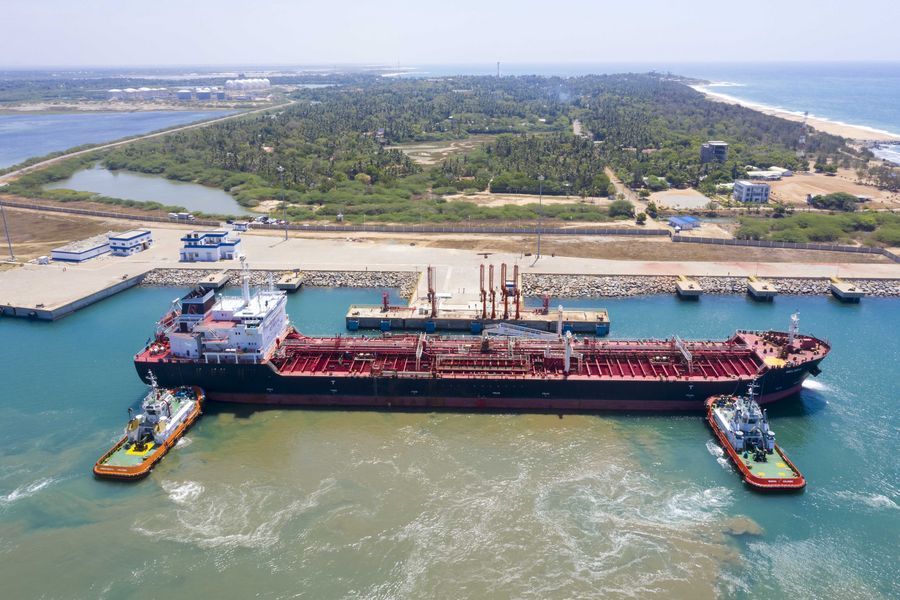 With new cases of the novel coronavirus falling, many Western countries are rolling back lockdown measures for the sake of economic normality, although the details and exact timing vary across countries or regions. Can a swift and healthy recovery be expected after economic reopening?

Since the coronavirus outbreak, the fragile nature of supply chains around the world has been exposed. Most economies are typically experiencing the so-called "Keynesian supply shock," where supply chains were interrupted by lockdown measures. The underwhelming trade nationalism caused further disruption in global supply chains and a retreat in globalization.

It's a gloomy outlook for global recovery, but the Belt and Road Initiative (BRI) is casting a bright light. The Silk Road spirit of "peace and cooperation, openness and inclusiveness, mutual learning and mutual benefit" starkly dwarfs the narrow-minded trade nationalism.

Efforts to contain the COVID-19 outbreak such as lockdowns and social distancing have considerably disrupted people's lives and thrown many out of work at least temporarily, causing shops, offices and factories in the world to sit idle.

The outbreak remains a major threat and uncertainty continues to play havoc with the supply chains. Major multinational corporations, such as Apple and Hyundai, have cut production because of part shortages.

A new practice is underway to shore up resilience across their supply chains where companies are keen to build inventories of raw materials and finished goods, and focus on fewer products, in addition to hunting for new vendors.

The supply interruptions due to coronavirus have translated into the tumbling amount of goods and services available for purchase, wiped out millions of jobs, dealt a devastating blow to output and exports and upended decades of unprecedented growth.

As quarantine controls locked down factories, ports and whole cities across China, the global supply of some medicines such as antibiotics that depend on a handful of Chinese factories was disrupted.

The implacable U.S. anti-China hawks or trade nationalists have since highlighted the national security risks of increased Chinese dominance in certain sectors like pharmaceuticals and pesticides. The aim is to accelerate trends in America and its allies to decouple supply chains from China.

Some governments have deliberately turned their policies further inward via bringing more manufacturing back onshore or other countries, wielding export bans or levying tariffs on items considered to be "critical."

Japan has set aside 2.2 billion U.S. dollars of Tokyo's stimulus package to assist Japanese companies to leave China to Southeast Asia while the Trump administration has intended to cover moving costs for U.S. companies to relocate production out of China.

In the longer term, trade nationalism will destroy the international competition in production and distribution and sap specialization and scale, ultimately hit consumers, add further uncertainty to world economy and place a brake on the recovery.

Like it or not, China's role as a global producer and supply chain heavyweight is impossible to question, remaining a driving force for global trade.

Over the past 20 years, under the vision of an internationalization of industrial policy, China has built an enormous production network, a sprawling system of factories that churns out industrial and consumption goods inclusive of clothing, electronics, toys, medicine for the rest of the world.

Via the BRI, China has set up an inter-connected network of infrastructure with a massive logistics ecosystem designed to facilitate global trade.

On its own, China's infrastructure, both maritime and land, would be invincible for other countries.

China possesses seven of the world's 10 biggest ports. In terms of throughput, the Port of Shanghai has three times the combined capacity of the top two U.S. gateways of Los Angeles and Long Beach each year.

Globally, China has established a huge network of port cities. The most notable success of a hub port could be the Athens' ancient harbor Piraeus. Piraeus may overtake Valencia in Spain to become the biggest port in the Mediterranean and the seventh biggest in Europe, saving time and money compared with unloading in other giant ports of northern Europe, such as Rotterdam.

In terms of land infrastructure, the most well-known development could be the China-Europe train. Travelling through Khorgos, the first train from eastern China to London took just 12 days in January 2017, less than half the time than by sea and half the cost by air. The route is rapidly becoming more popular, with a rising number of trains each week and destinations in China and Europe. The number of trains reached a record high of 800 in March 2020, in spite of the coronavirus outbreak.

The BRI is not just a network of infrastructure. In fact it's an all-encompassing project, covering industrial zones and economic corridors with manufacturing, logistics, construction, energy and more, intended to promote local development or growth.

Thanks to the growing technological advances in undersea cables, 5G telecoms and cloud computing, the "digital Silk Road" has become a priority for cooperation. Among others, Chinese leading fintech brands like WeChat Pay and Alipay help to establish cross-border payments infrastructure.

As to its achievements, a study by the World Bank in 2019 entitled "Belt and Road Economics: Opportunities and Risks of Transport Corridors" concluded that the BRI can expand trade and investment and lift 7.6 million people out of extreme poverty, mainly in "corridor" economies like those in Central Asia.

Against the backdrop of trade and economic self-isolation, the BRI is gaining prominence of being an indispensable part for global recovery.