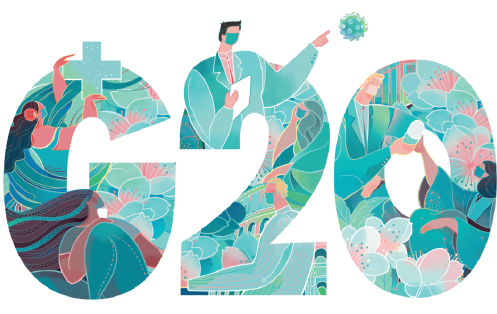 China has urged the Group of 20 (G20) members to fortify cooperation and maintain an open environment to mitigate the COVID-19 epidemic effect on trade and investment, a senior government official said.

Commerce Minister Zhong Shan said in his address on Thursday during the second video conference of trade ministers of the G20 economies that the members should strengthen unity and cooperation as they can release powerful signals of joint response and boost the confidence of the international community, and support both developing economies and the least developed countries.

It will also help lay a solid foundation for global economic recovery based on strong, sustainable, balanced and inclusive growth, the ministry said on its website on Friday.

Zhong said that the G20 members should resolutely safeguard the multilateral trading system, oppose unilateralism and protectionism, as well as adopt common measures to keep the market open.

The meeting was the second special video conference of the heads of G20 ministries of trade for discussions regarding the response to the COVID-19 epidemic. Representatives of several non-G20 countries and relevant international organizations also attended the conference.

The short-term responses of the "Actions" aim to alleviate the effect of COVID-19, while the long-term actions support the necessary reform of the World Trade Organization and the multilateral trading system, the statement said.

The trade officials also pledged to build resilience in global supply chains. They will support countries' development and share best practices, specifically in terms of measures that could be taken during a global crisis to support expanding production and trade in essential goods and services, including digital trade and e-commerce.

The first meeting of the G20 trade ministers was held on March 30. The ministers also agreed that the outbreak was a tremendous shock to international trade and investment, and the joint statement of the Extraordinary G20 Leaders' Summit on COVID-19 should be implemented collectively.

As a result of the outbreak, China's foreign trade volume totaled 9.07 trillion yuan ($1.28 trillion) in the first four months of this year, down by 4.9 percent on a yearly basis, according to Customs data earlier this month.

To maintain solid economic fundamentals, the government has emphasized the importance of focusing on the six priorities of safeguarding employment, people's livelihoods, the development of market entities, food and energy security, the stable operation of industrial and supply chains and the smooth functioning of society.

Experts said that in the short term, multilateral institutions such as the G20 should play a bigger role in the economic recovery during the post-pandemic era.

The comments came after the International Monetary Fund forecast in mid-April that global GDP will contract by 3 percent this year and the WTO said in early April that the world trade volume may fall by between 13 percent and 32 percent this year as the COVID 19 pandemic disrupts normal economic activity.

To overcome the difficulties, the G20 should be allowed to play a bigger coordinating role so that the efforts of national governments are coordinated and mutually reinforcing, said Xue Rongjiu, deputy director of the Beijing-based China Society for WTO Studies.