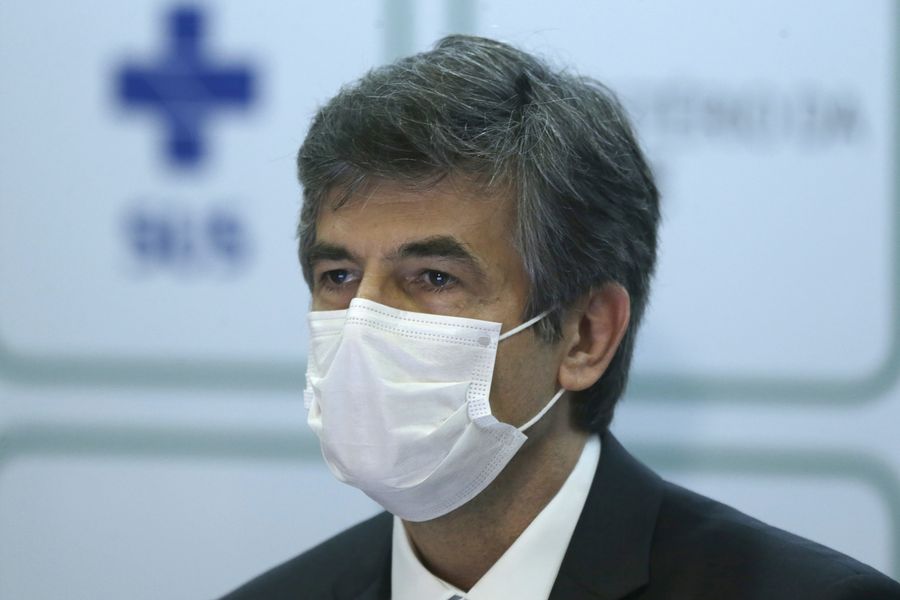 Nelson Teich wears a mask while speaking at a press conference to announce his resignation as Brazil's Minister of Health at the Ministry of Health in Brasilia, Brazil, May 15, 2020. (Photo: Xinhua)

Like his predecessor, Teich disagreed with President Bolsonaro about how to best combat the novel coronavirus disease (COVID-19) in the country.

BRASILIA, May 15 (Xinhua) -- Less than a month after taking office, Brazilian Minister of Health Nelson Teich presented his resignation to President Jair Bolsonaro, the ministry said on Friday.

The ministry did not clarify the reason for the official's departure, but noted that a press conference would be held on Friday afternoon.

Like his predecessor, Teich disagreed with President Bolsonaro about how to best combat the novel coronavirus disease (COVID-19) in the country.

Bolsonaro has announced his intention to change the protocol of the Unified Health System and allow chloroquine to be administered during treatment for the disease, while Teich did not agree with this.

This week, the president published a resolution that expanded essential activities in the country to include beauty salons, barber shops, and gyms, and Teich was reportedly not consulted on for the decision.

Teich was called to a meeting at the Planalto Palace on Friday morning by President Bolsonaro, and after returning to the Ministry of Health office, his resignation was announced by his advisers.