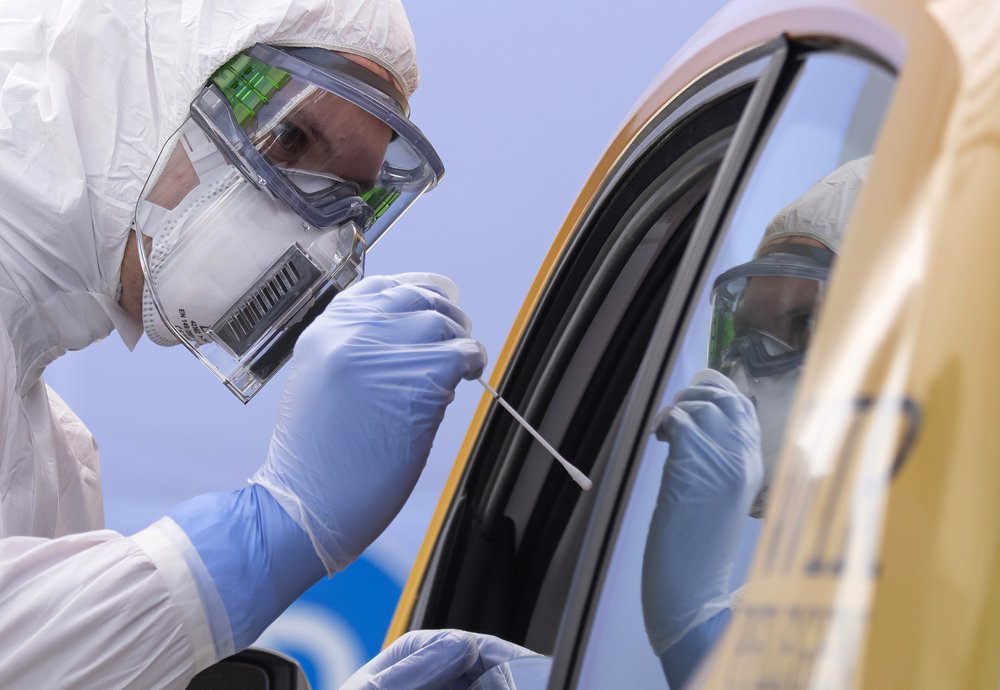 In this April 15, 2020, file photo, helper of the German Red Cross DRK in protective suit, left, takes a smear from a patient in his car during the official opening of a drive-thru COVID-19 testing center at the fair ground in Dresden, eastern Germany. (Photo: AP)

According to the CSSE, a total of 306,051 people worldwide have died of the disease.

The United States suffered the most from the pandemic, with 1,432,045 cases and a death toll of 86,851. Countries with over 200,000 cases included Russia, Britain, Spain, Italy and Brazil, according to the CSSE data.