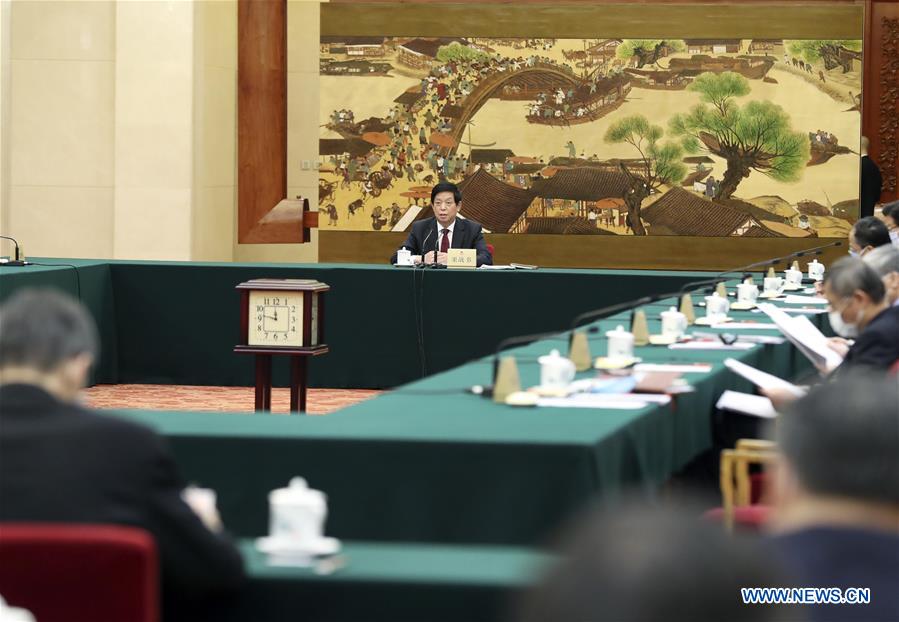 BEIJING, May 18 (Xinhua) -- The Standing Committee of the National People's Congress (NPC), China's top legislature, met on Monday in Beijing to prepare for the upcoming NPC annual session.

Li Zhanshu, chairman of the NPC Standing Committee, presided over the first plenary meeting of the committee's session.

They also heard a report on deputy qualifications and reviewed personnel bills.

On Monday, the Council of Chairpersons of the NPC Standing Committee also held a meeting to hear reports on the deliberations of the above drafts and bills.